Azerbaijan has been vocal in expressing its discontent “vaccine nationalism” – president 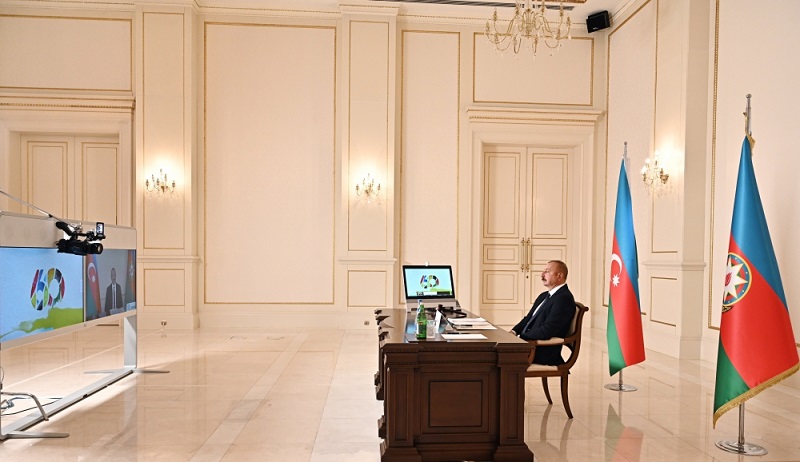 Azerbaijan has been vocal in expressing its discontent against the stockpiling of vaccines by some wealthy countries and the “vaccine nationalism”, President Ilham Aliyev said as he addressed a High-Level Commemorative Meeting of the Non-Aligned Movement (NAM) in a video format, News.Az reports.

A High-Level Commemorative Meeting to mark the 60th Anniversary of the Non-Aligned Movement has today kicked off in Belgrade, the capital city of Serbia.

The head of state reminded that Azerbaijan also made voluntary financial contributions to the World Health Organization in the amount of $10 million, half of which was a direct assistance to the NAM Member States.

He also stressed that Azerbaijan provided direct financial and humanitarian assistance to more than 30 countries, including NAM members, to support their fight against the coronavirus. President Aliyev went on to say that more than 150 000 doses of the COVID-19 vaccine have been donated by Azerbaijan to 4 countries free of charge.

“Azerbaijan has been vocal in expressing its discontent against the stockpiling of vaccines by some wealthy countries and the “vaccine nationalism”. Such actions prevent most of our fellow NAM countries from protecting their population. The disparity in vaccine access is huge. According to international reports, while more than 75 percent of the world’s vaccine doses have been purchased by 10 wealthy countries, the vaccine coverage in low-income countries is less than 2 percent,” he continued.

“This March, with the initiative of Azerbaijan, as the chair of the NAM, the UN Human Rights Council unanimously adopted a resolution on equitable and universal access to vaccines. We are also planning to put forward, on behalf of the NAM, a similar initiative at the UN General Assembly during this session, and we count on your support,” President Aliyev added.