Azerbaijan MFA: We expect that the provocation against our embassy in London will be investigated in detail 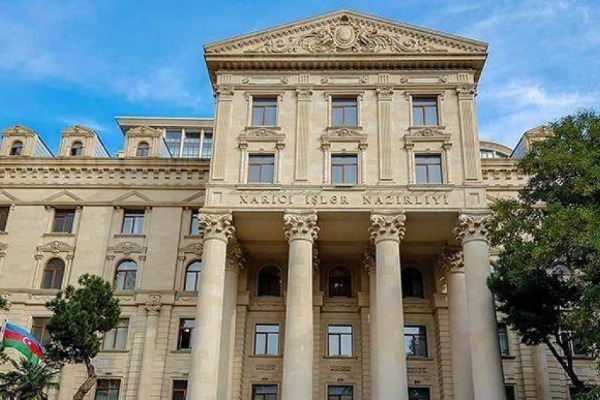 Graham Stewart, the Minister for Europe of the United Kingdom, said that they deeply regret the attack on the Azerbaijani embassy in London during the meeting with the ambassador of the Republic of Azerbaijan in this country. He said they attached great importance to the safety of the diplomatic staff in this country and supported the expression of freedom of opinion in peaceful ways, News.az reports.

Commenting on the statement, Leyla Abdullayeva, the head of the press service department of the Ministry of Foreign Affairs, said that the incident against the Azerbaijani embassy in London was an attack and provocation by members of a radical religious group against the diplomatic mission, and this incident seriously raises the issue of the security of our diplomatic mission:

"We remind once again that the security of diplomatic missions, including diplomats, must be ensured by the host country in accordance with international obligations. In this regard, it is important that the British minister mentions the security of the diplomatic staff as a priority issue.

As for the "expression of freedom of thought", the relevant institutions of Britain, an ancient Western democracy, are probably well aware of the ways/rules of applying this principle in a free society, which has nothing to do with the attack on our embassy in London. Otherwise, the interpretation of any radical and illegal step under the guise of "freedom" may cause serious problems for the country's security.

From our side, we expect that the provocation against our embassy in London will be investigated in detail and those who committed this provocation will be brought to justice."