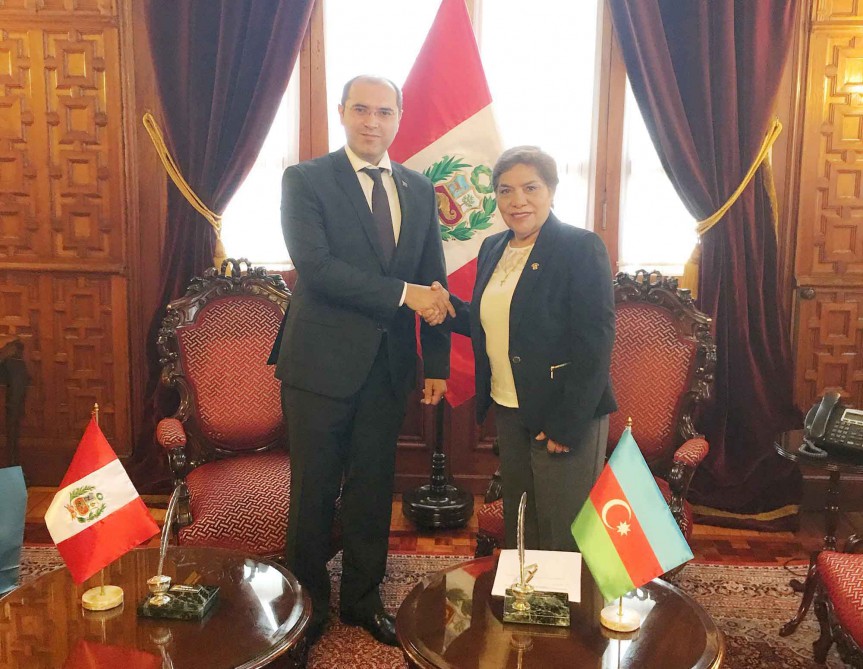 Azerbaijani Charge d'Affaires to Peru Mehdi Mammadov has met with the country's newly elected President of the Congress Luz Salgado Rubianes to discuss prospects for cooperation between the two countries.

Mehdi Mammadov congratulated Luz Salgado Rubianes on her election as the President of the Congress, and wished her success in the future endeavors, AzerTag reports.

The Azerbaijani Charge d'Affaires briefed the President of the Peruvian Congress on the history of Azerbaijan, as well as the socio-economic reforms carried out in Azerbaijan and its international relations.

In 2013, the Peruvian Congress adopted a resolution condemning the Khojaly genocide and Armenia's aggression against Azerbaijan.