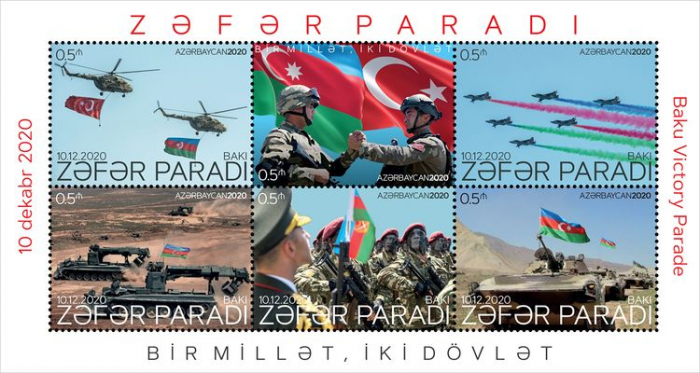 Azermarka LLC, operating under the Azerbaijani Ministry of Transport, Communications and High Technologies, prepared and put into circulation a postage stamp and first-day cover called "One Nation, Two States. Victory Parade" on the occasion of the Victory Parade held on December 10, 2020, in Baku, according to the ministry.

The plot of the project is dedicated to the Azerbaijani-Turkish brotherhood and the moral support that Turkey rendered to Azerbaijan during the 44-day war.

President of Azerbaijan Ilham Aliyev and President of Turkey Recep Tayyip Erdogan redeemed the first day cover with the stamp on December 10. 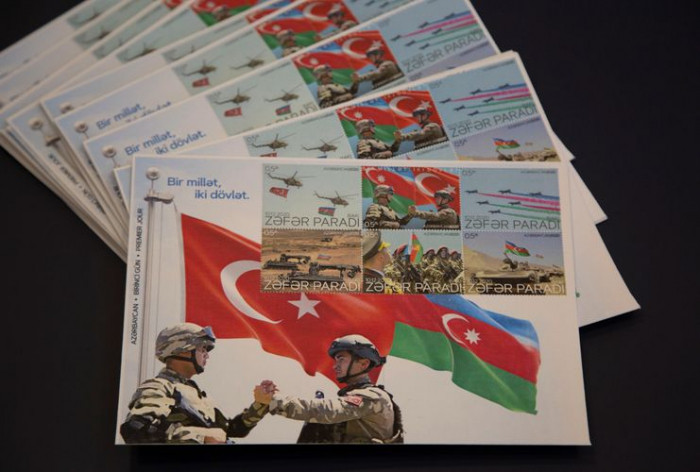