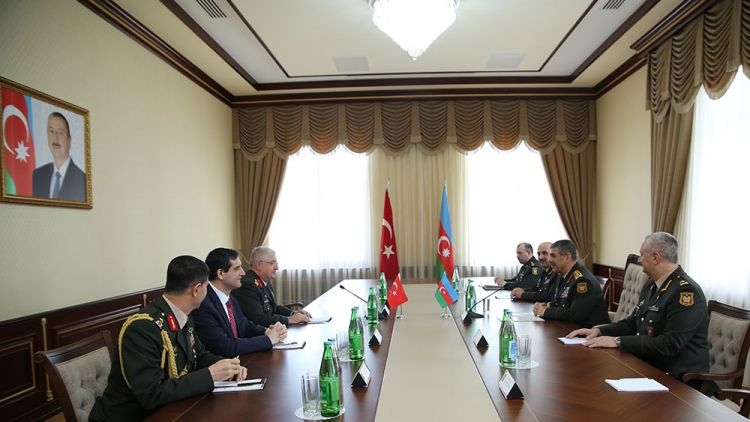 Minister Hasanov said the military cooperation between Azerbaijan and Turkey, built on strategic partnership and fraternal relations, is constantly developing and these ties are stable, Azerbaijan’s Defense Ministry told APA.

Touching upon the military and political situation in the region, Colonel General Hasanov noted that the Armenia-Azerbaijan Nagorno-Karabakh conflict poses a serious threat to regional stability and requires an early decision within the norms and principles of international law.

Expressing his satisfaction with the visit to Azerbaijan, Army General Gurel noted that bilateral relations have historical roots and are based on good friendly traditions, adding that Turkey is an important partner of Azerbaijan.

The sides then exchanged views on the prospects for the development of relations between the military structures of Azerbaijan and Turkey, the areas of cooperation in the military and military-technical sphere, and in the field of military education, the preparation of joint plans, conducting joint exercises, organization of mutual visits, as well as other issues of mutual interest.