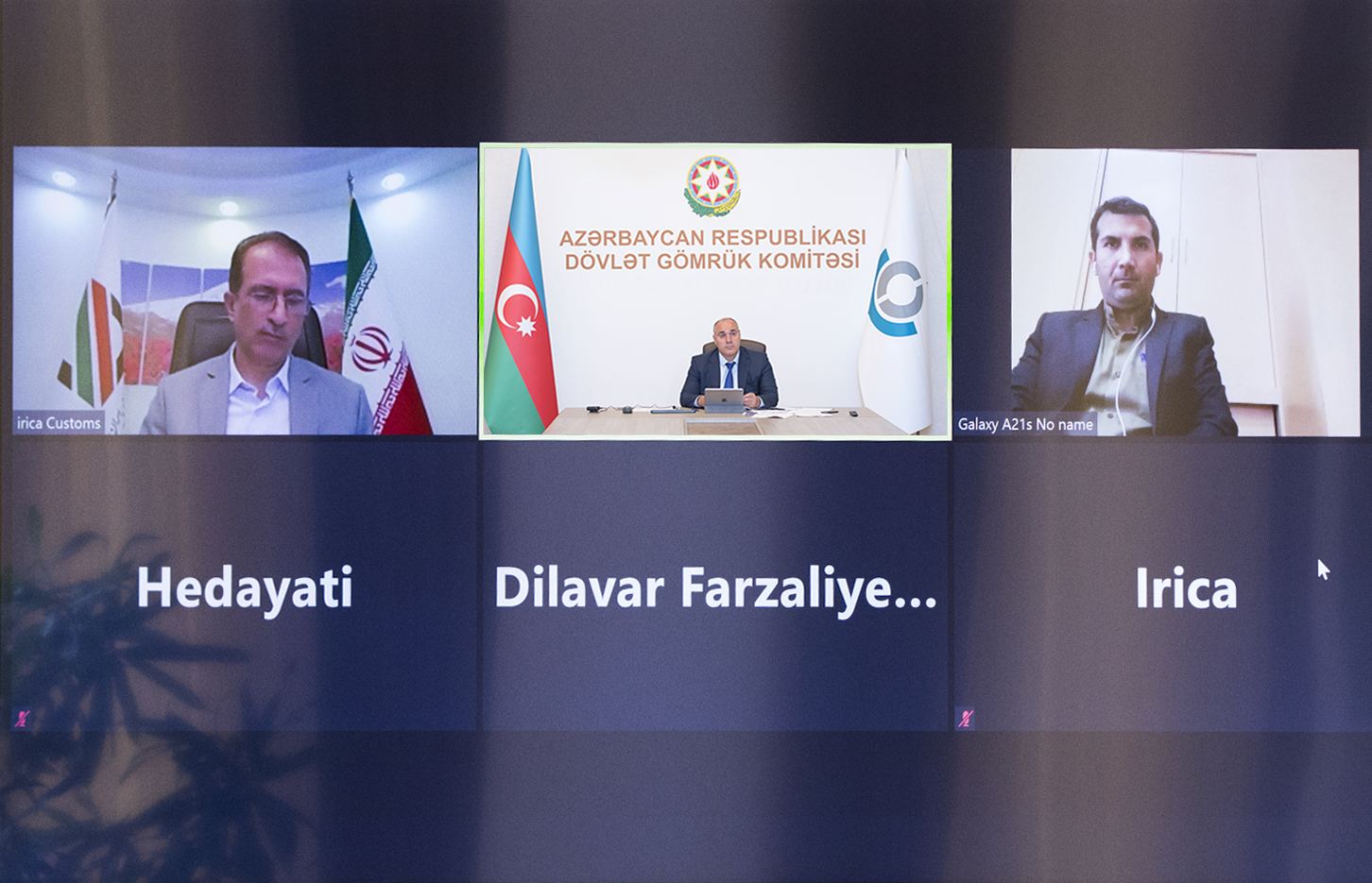 The Azerbaijani and Iranian customs services discussed the development of current cooperation in the direction of accelerating border processes and expanding the transit potential of the two countries, according to the State Customs Committee of Azerbaijan.

The relevant issues were discussed at an online meeting by the Chairman of the Azerbaijani State Customs Committee, Colonel-General Safar Mehdiyev and Head of the Iran Customs Administration Mehdi Mirashrafi on July 6.

During the meeting, the Iranian side stressed that the interaction of the customs structures of the two countries plays a special role in resolving these issues.

Mirashrafi stressed that further strengthening of cooperation in the field of transit cargo transportation can make a great contribution to regional development and increase the attractiveness of transport corridors passing through the territories of the two countries.

“The customs structures are charged with solving important tasks in this sphere,” Mirashrafi added.

The sides also considered a number of other issues of mutual interest.