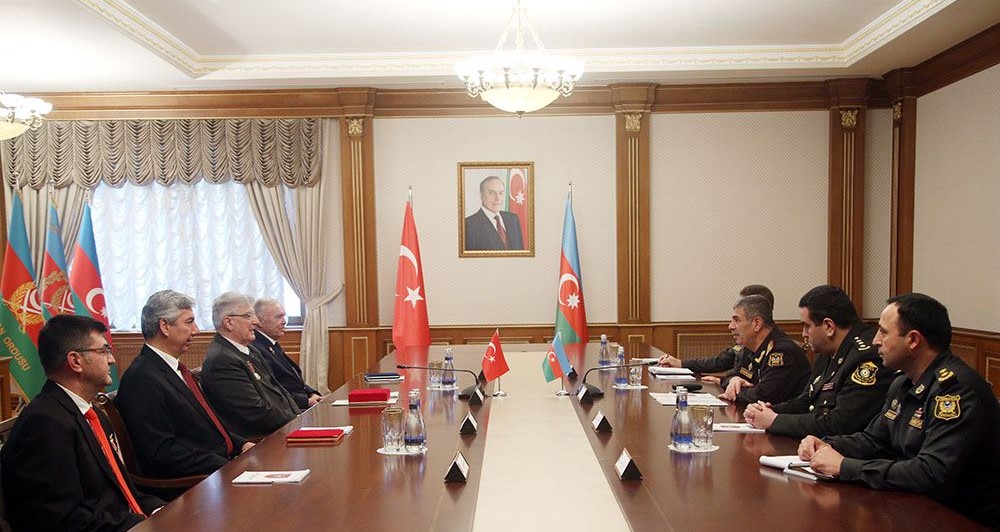 Expressing satisfaction with seeing the guests in our country, the Minister noted that bilateral military cooperation between Azerbaijan and Türkiye is based on friendly and fraternal relations and will continue to successfully develop and strengthen in the future.

Colonel General Hasanov told the guests about the historical significance of the Victory gained in the 44-day Patriotic War under the leadership of Supreme Commander-in-Chief Ilham Aliyev, and the work done to revive the liberated territories, as well as the current regional situation.

The defense minister underscored the importance of such NGOs in the upbringing of the youth in the spirit of national patriotism.

Emphasizing satisfaction with the visit to our country, the Turkish delegation expressed gratitude for the hospitality. The heads of NGOs congratulated the Azerbaijan Army on the recently celebrated November 8-Victory Day and expressed condolences to the families and relatives of martyrs.

The representatives of the Turkish delegation provided detailed information about the activities of the organizations they head, including the work done with the families of fallen servicemen and war veterans.

In the end, the sides exchanged gifts.