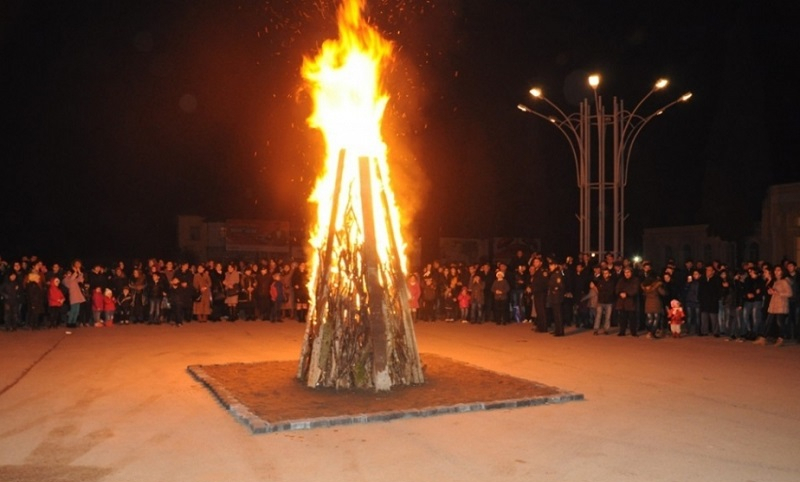 Today, the people of Azerbaijan are celebrating Fire Tuesday, one of the four festive Tuesdays before Novruz Holiday, News.Az reports.

Each Tuesday has its own traditions. Folk belief has it that water purifies and stirs, fire, earth and wind awaken the nature, and trees begin to blossom, symbolizing spring’s arrival.

Fire is the symbol of purification and clarification. The fire is never put out by water; it burns down by itself.

Fire is somewhat sacred in Azerbaijan, the Land of Fire. There is a Zoroastrian pilgrimage in suburbs of Baku. Azerbaijan historically had reserves of oil and gas that caused flames of fire on the ground and this was interpreted as blessing.

On all four Tuesdays and on the eve of Novruz, and especially on Fire Tuesday, it's traditional to light bonfires, dance around them, and jump over them to cleanse their souls and ward off evil spirits.

Novruz holiday is one of the most important and favorite holidays of the Azerbaijani people. It marks the arrival of spring, renewal of nature, and is celebrated on the vernal equinox, March 20-21 – the beginning of the astronomical New Year.