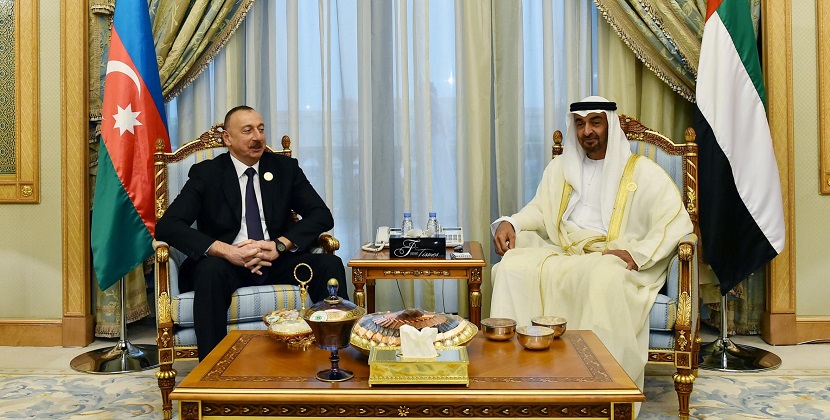 On March 22, Crown Prince of Abu Dhabi and Deputy Supreme Commander of the UAE Armed Forces Mohamed bin Zayed Al Nahyan made a phone call to President of the Republic of Azerbaijan Ilham Aliyev, News.Az reports.

During the phone conversation, they hailed the development of bilateral relations between Azerbaijan and the United Arab Emirates, and exchanged views on the prospects for further expansion of cooperation in economic, trade, energy and other areas.

During the conversation, the sides congratulated each other on the 230 MW Garadagh Solar Power Plant project, whose foundation had recently been laid in Azerbaijan, funded by Masdar company of the United Arab Emirates.

Mohamed bin Zayed Al Nahyan noted that the UAE is interested in developing strategic cooperation with Azerbaijan in the field of renewable energy and supporting the submitted projects.

Noting that Azerbaijan has great potential in the field of renewable energy, the head of state stressed the importance of the 230 MW Garadagh Solar Power Plant, which is under construction with the investment of Masdar company.

They also exchanged views on ensuring stability in the world energy market amid the events in Ukraine, and issues on international and regional agenda and of mutual interest.