Azerbaijani, Russian and Armenian leaders to meet in Sochi 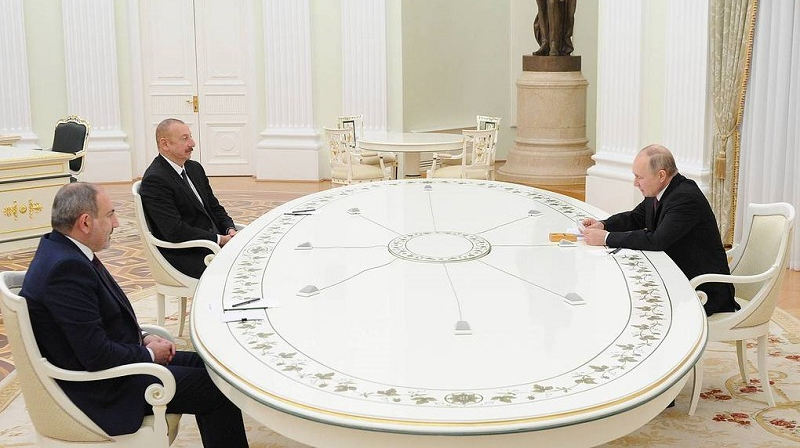 It’s planned that the sides will consider the progress of the implementation of the trilateral statement points and outline further steps to strengthen stability and establish a peaceful life in the region.

Special attention will be paid to the issues of restoration and development of trade, economic, and transport links.

Besides, face-to-face talks of the Russian president with the Azerbaijani president and Armenian prime minister are envisioned, added the press service.