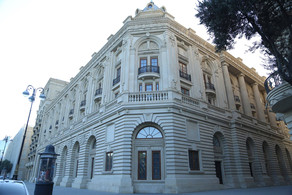 Report informs citing the theater that Husband and Wife two part musical comedy by Uzeyir Hajibeyov will be shown in the event to run from January 13 to 18.