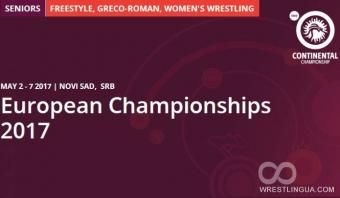 In the 125 kg weight category Jamaledin Magomedov lost to Turkish representative Taha Akgul in the final. And in the weight category 70 kg Ruslan Dibirhajiev defeated a fighter from Romania for bronze. Thus, in the team classification the Azerbaijani team scored 57 points and took the second place, losing to the Russian national team (62) and ahead of the Turkish national team (53).

In the women's tournament Natalia Sinishin (58 kg) and Ellis Manolova (69 kg), lost fights for bronze medals, and were satisfied with the 5th place. Women's national team of Azerbaijan in the general standings also took the second place (1 gold, 2 silver medals), behind the Russian team.

It should be noted that the Azerbaijani team won two gold, two silver and two bronze medals for the first three days of Euro-2017.