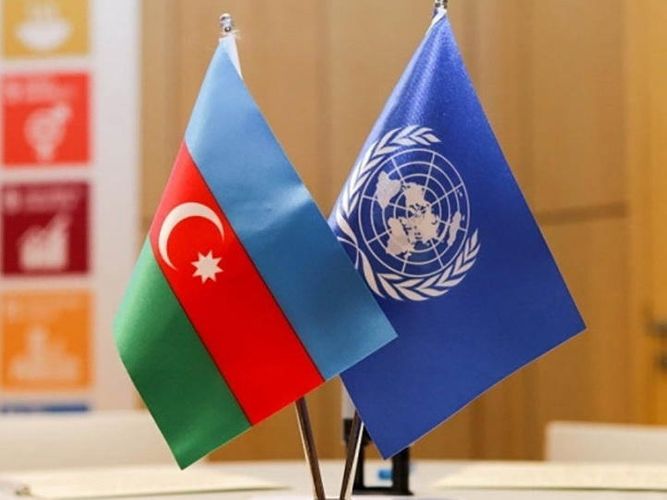 The spokesperson for Azerbaijan’s Foreign Ministry, Leyla Abdullayeva, made the abovementioned announced on her Twitter Friday.

The letter said it is not a coincidence that these “elections” took place on 31 March – the Day of Genocide of Azerbaijanis, commemorated in Azerbaijan in memory of those thousands of civilians killed as a result of Armenian offensives in 1918. “No doubt, such an ostentatious and cynical action will serve for nothing but to deepen mistrust and narrow the already elusive prospects of peace and reconciliation.”

“The “elections” were held despite the unprecedented spread of the coronavirus pandemic across the globe, thus once again vividly demonstrating that Armenia subordinates the well-being and safety of residents under occupation to political expediency, in total disregard of public morality and in violation of international humanitarian law. As a consequence, the first coronavirus cases in the occupied territories of Azerbaijan were reported immediately after these so-called “elections”, according to the letter.

It further stressed that the statement made by the Ministry of Foreign Affairs of Armenia is yet another proof that the “elections” in the occupied territories of Azerbaijan were staged by Armenia in an attempt to give the puppet regime it has set up in those territories the appearance of some kind of legitimacy.

“Evidently, this attempt has failed. The “elections” were held in an environment of total illegitimacy, which stems from the continuing military occupation and ethnic cleansing of the territories of Azerbaijan and a clear violation of the Constitution and legislation of the Republic of Azerbaijan and the norms and principles of international law. The international community once again has overwhelmingly reaffirmed its consistent and principled position of collective non-recognition of the situation resulting from the occupation of the territories of Azerbaijan by rejecting and invalidating the so-called “elections”, which thus have no effect whatsoever,” said the letter.

The letter also contains the names of countries and international organizations that rejected the so-called “elections.” 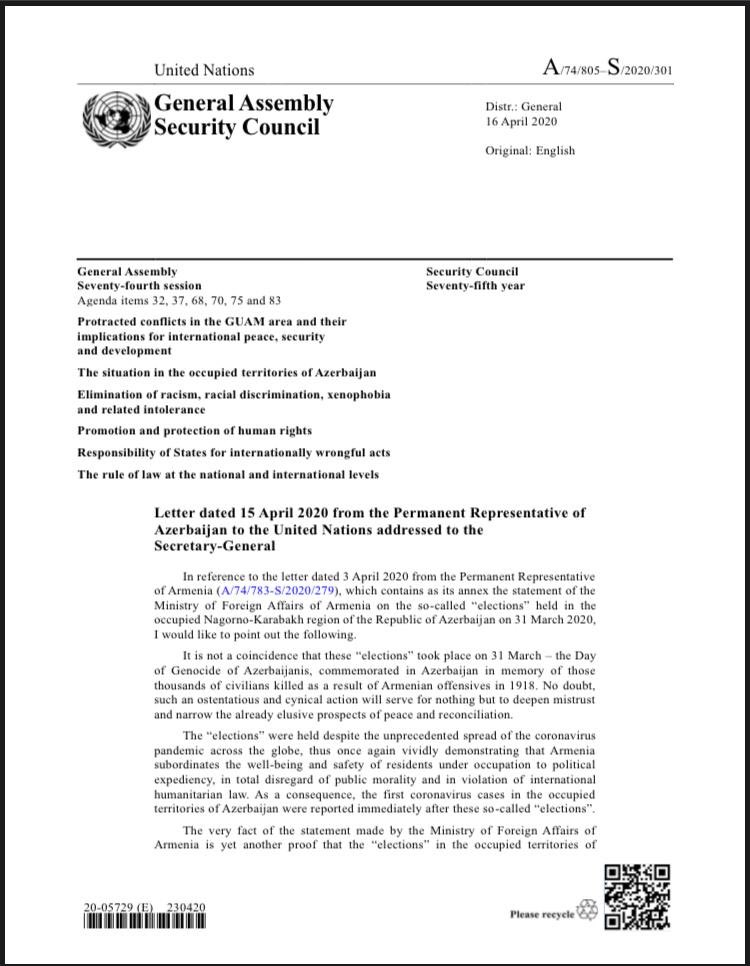