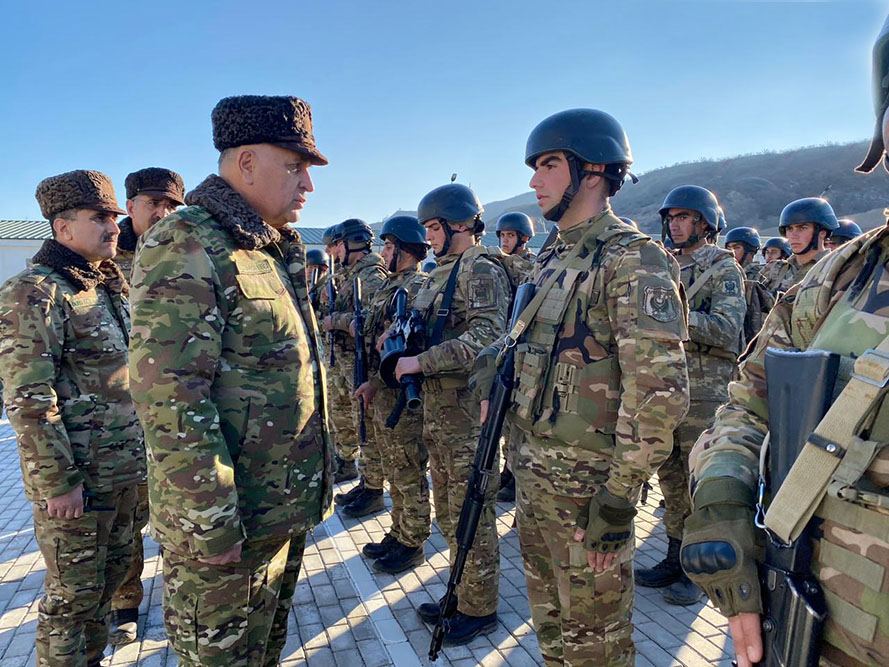 First Deputy Minister of Defense – Chief of the General Staff of the Azerbaijan Army, Colonel General Karim Valiyev, and other officials of the Ministry visited several military units, stationed in Kalbajar and Lachin districts of Azerbaijan, as well as inspected the units’ combat readiness, News.az reports citing the Azerbaijani Defense Ministry.

The chief of the General Staff heard the reports on the operational situation and combat duty, as well as gave relevant instructions to immediately and decisively suppress possible provocations.

Colonel General Valiyev set instructions on increasing the intensity of exercises and training, as well as improving skills in managing units to maintain the combat capability at a high level.