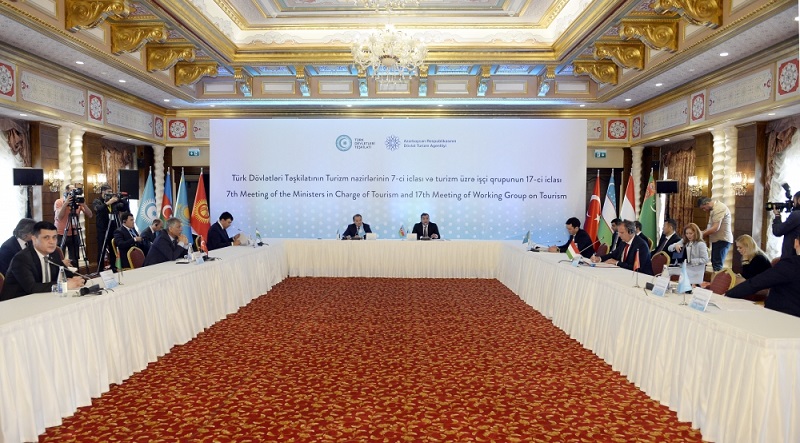 The 7th meeting of Ministers in Charge of Tourism of the member states of the Organization of Turkic States kicked off in Azerbaijan’s Shamakhi city.

The meeting is attended by ministers of tourism of Azerbaijan, Turkiye, Uzbekistan, Kazakhstan, Turkmenistan, Hungary, as well as the secretary general of the Organization of Turkic States.

Delivering a keynote speech at the event, Chairman of the State Tourism Agency of Azerbaijan Fuad Naghiyev said the country’s tourism sector has begun to recover from the COVID-19 pandemic.

Naghiyev pointed to an increase in the number of tourists who traveled to Azerbaijan in the first quarters of 2022, compared to the same period of the previous year.

The agency chairman also highlighted the tourism potential of the liberated Azerbaijani territories.

The meeting’s agenda includes the completion of the "Tourism Capital of the Turkic World” and “Tourism Road Map of the Organization of Turkic States, as well as several other issues.