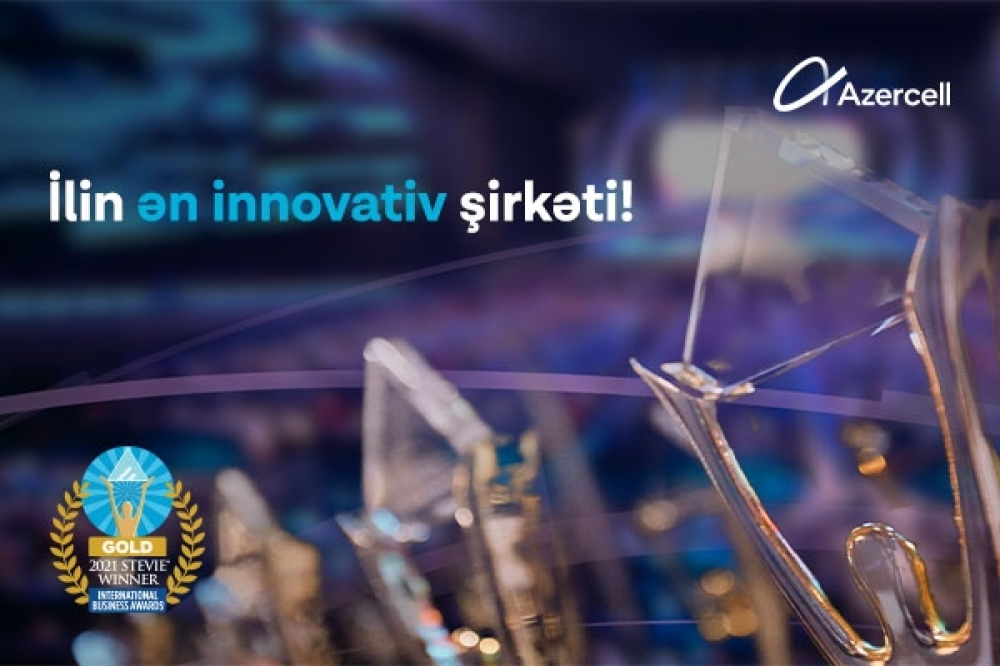 “Azercell Telecom” LLC was named the winner of a Gold Stevie® Award in “The Most Innovative Company of the Year” category in the 18th Annual International Business Awards® for readiness to apply the concept of “low-power consumption” sensors based on the Internet of Things (IoT).

Azercell became the first company to implement this concept in Azerbaijan Republic. To support this type of sensors and devices, mobile operators offer a "low-power wide-area network" function in the LTE network (NB-IoT - Narrow-Band Internet of Things). Azercell Telecom also applied this opportunity to its network, carried out the necessary tests, and prepared the network to provide services and cooperation to its subscribers.

The company’s this initiative was appreciated by the judging panel as an impressive feat in bringing to life a technology that helps humanity to live and work in a more comfortable, "smart" environment through the opportunities provided by IoT in modern times. Commenting on this high assessment of the international jury, President of “Azercell Telecom” LLC Zarina Zeynalova noted that easy access to use technology in big cities and small villages is one of the key priorities of the company. Zarina Zeynalova also emphasized Azercell’s commitment to support the Government in the implementation of the IoT. This includes equipping the liberated territories in Karabakh with technologies within the framework of the Government Program “Smart City” and “Smart Village”.

Stevie Award winners were determined by the average scores of more than 260 executives worldwide who participated in the judging process from June through early August. More than 3,700 nominations from organizations of all sizes and in virtually every industry were submitted this year for consideration in a wide range of categories.

The leading operator became a three-time winner of the world-famous STEVIE 2020 award last year. The company won the title of "The Telecommunication Company of the Year" among hundreds of companies and won the Gold Award. Azercell also received the Bronze Award in the nominations "The most innovative company of the year" and "The most valuable corporate responsibility company".

Due to the ongoing COVID-19 crisis the awarding ceremony will be held virtually in December.