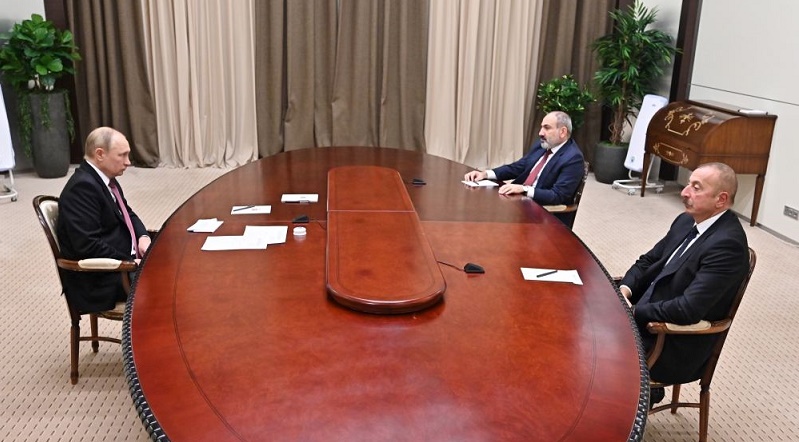 Russian President Vladimir Putin has emphasized the importance of the commitment of the Azerbaijani and Armenian authorities to the Nagorno-Karabakh conflict settlement.

"I think that what is really important, as you have just mentioned, is the fact that both sides are interested in the normalization of the situation and its further development in a positive manner," the Russian president said, addressing the Azerbaijani and Armenian leaders, Ilham Aliyev and Nikol Pashinyan, on Friday.

Speaking about resuming transport communications in the region, Putin noted that "everyone was interested in it." "And Russia [is not an exception], considering that we are all neighbors and have a large volume of trade," the Russian head of state said.

Putin also recalled the agreements "to carry out work on the demarcation and delimitation of the border in the near future." "We will also touch upon this today," the president said. Meanwhile, the Russian leader admitted that "this issue was challenging, it remained unsolved since the Soviet times, no border has ever existed there".