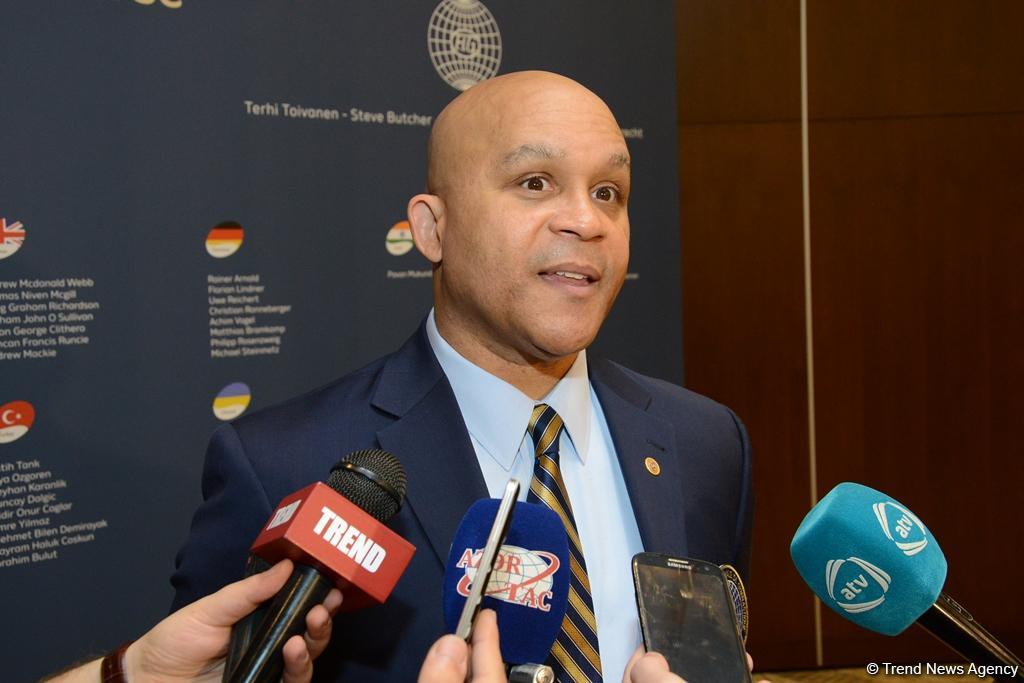 The Azerbaijan Gymnastics Federation (AGF) is the most active in the history of FIG, according to him, Trend reports.

“We cannot say Azerbaijan has been fortunate because your country earned it by hard work, by holding the European Games. That will be the last competition where athletes will be able to obtain licenses for the Olympic Games in Tokyo. This all indicates that the competition will be interesting,” Butcher said.

He noted that men's artistic gymnastics in Azerbaijan continues to develop and that Azerbaijani gymnasts have good chances of achieving high results.

“I do not want to single out anyone, but men's artistic gymnastics in Azerbaijan continues to grow and develop, and I think Azerbaijan has a chance to win medals not only in the World Cup, but also at the next Olympics,” he said.

Touching upon the FIG International Judges’ Courses in men’s artistic gymnastics, now being held in Baku, Butcher noted that these courses are a good chance for judges and also thanked the organizers for the excellent conditions created for the participants.

“These courses are one of the main chances for judges of men's artistic gymnastics to get the second judging category. At the same time, it is worth noting that judges, who will successfully pass these courses, also have a chance to judge competitions at the Tokyo Olympics. I think the courses have been organized at a very high level. I am glad that the courses are being held in Baku. This is a beautiful city,” he said.

The FIG International Judges’ Courses in men’s artistic gymnastics started in Baku on Feb. 6 and will be held until Feb. 9.

Sixty-six judges from 17 federations are taking part in the courses. Azerbaijan is represented by 6 judges.