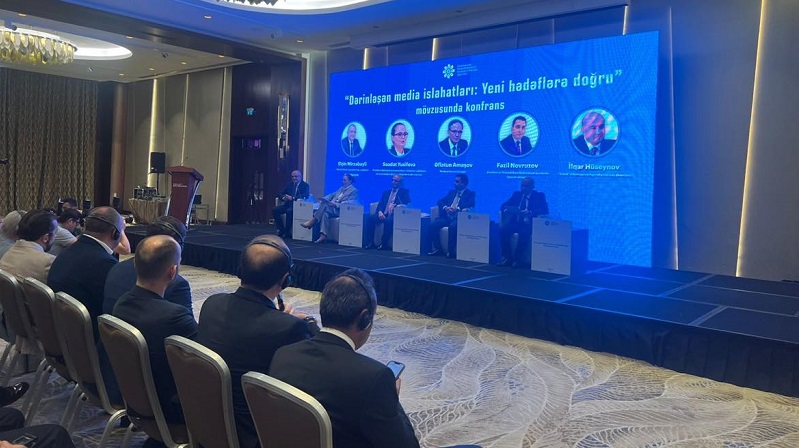 A conference on “Deepening Media Reforms: Towards New Goals” was held in Baku on Thursday on the eve of National Press Day.

The conference was organized by the Media Development Agency of the Republic of Azerbaijan (MEDIA).

Local and international media representatives and media experts attended the conference, the chief editor of News.Az reports from the event.

The conference aims to conduct an exchange of ideas on the development path of the Azerbaijani press, media reforms in the modern era, the obtained preliminary results and analysis.

Speaking at the event, Executive Director of the Media Development Agency (MEDIA) Ahmad Ismayilov said the agency aims at ensuring the economic independence of media subjects, strengthening their material, technical and legal bases, creating a new economic model in the field of the media and supports the steps to be taken in this regard.

Saadat Yusifova, Deputy Head of the Department for Work with Non-governmental Organizations and Communications under the Presidential Administration, in her speech, pointed to the media reforms carried out in Azerbaijan.

She emphasized the need for media outlets to be guided by the principles of objectivity, modernization, rationality, creativity, social responsibility, and national interests.