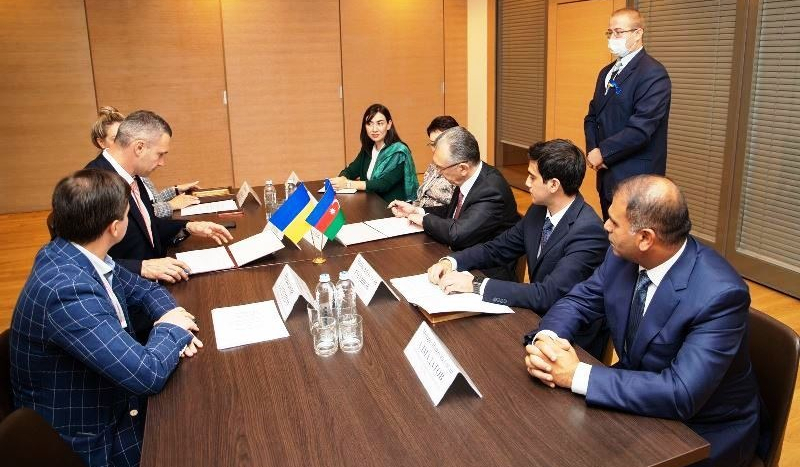 A protocol of intent on twinning between Baku and Kyiv has been signed in the capital of Ukraine, according to the Baku City Executive Power.

The document was signed by Head of the Baku City Executive Power Eldar Azizov and Mayor of Kyiv Vitali Klitschko.

Speaking at the ceremony, the mayor of the Ukrainian capital noted that Baku is developing rapidly, and grandiose projects have been implemented in the capital of Azerbaijan.

“We study and implement in Kyiv some modern projects implemented in Baku. I hope that during my visit to the Azerbaijani capital I will see new interesting projects,” Klitschko said.

He stressed that the signed memorandum of intent will strengthen cooperation between the two friendly cities in the economic, trade, cultural and tourism spheres.

In turn, Eldar Azizov said that this document contributes to bringing ties between the two cities to a new level.

The ceremony was also attended by the Ambassador of Azerbaijan to Ukraine Elmira Akhundova.