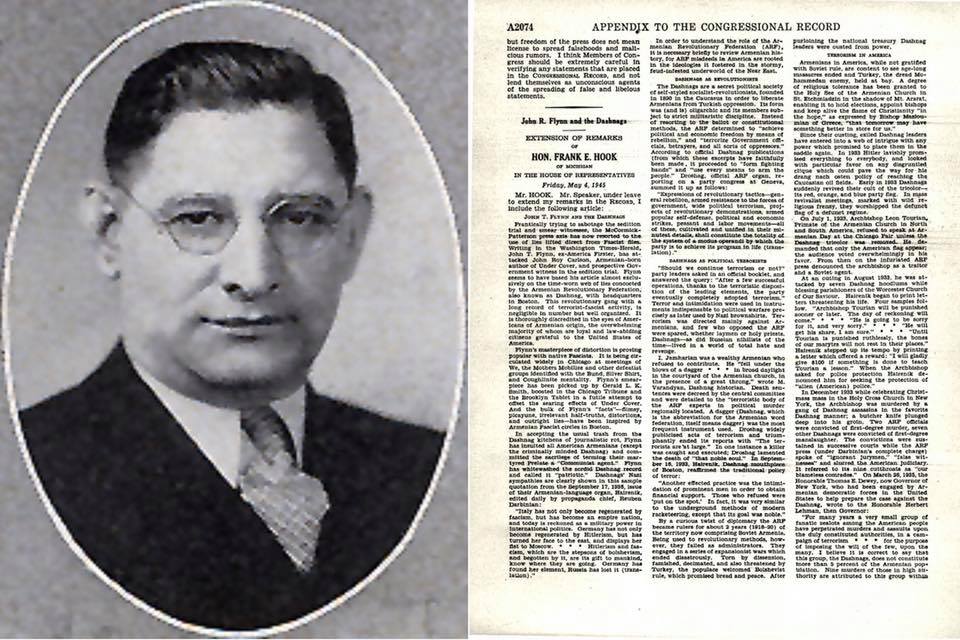 American journalist Raoul Lowery Contreras dedicated the June edition of his radio program “The Contreras Report” to the newly unearthed Congressional document exposing Armenian Dashnaks’ sympathies for Hitler and Holocaust. Contreras is the author of the books “Murder in the Mountains: War Crime in Khojaly and the Nagorno-Karabakh Conflict” and “The Armenian Lobby and U.S. Foreign Policy”.

In the program Contreras states that a Member of the U.S. House of Representatives from Michigan, Congressman Frank E. Hook, introduced in 1945 an article on Armenian Dashnaks’ sympathies for Hitler and the Holocaust, as well as their terrorist activities in the U.S., which was included in the Congressional Record and published by the U.S. Government. He discusses the article thoroughly by giving multiple quotes from the document, Azerbaijan's Consulate General in Los Angeles told News.Az.

Raoul Contreras also highlights the Armenian Legion of Wehrmacht formed by the Nazi Germany in 1942 and their activities in Crimea, Poland, Caucasus and France against Jews and resistance fighters. He notes that the leaders of the legion, Armenian generals Garegin Nzhdeh and Drastamat Kanayan, are today considered national heroes in Armenia and that a statue of Nzhdeh was unveiled in Armenia’s capital Yerevan in 2016 attended by Armenia’s president and other officials.

The host underlines that the main Armenian lobby organization in the U.S. - the Armenian National Committee of America (ANCA) - is an affiliate and lobbying arm of the same Dashnaks, who cheered for Hitler and fully supported the Holocaust. Contreras mentions that these Dashnaks mislead US Congressmembers, constantly trying to get US taxpayer-funded financial aid sent to Armenia - a nation that continues to glorify its Nazi collaborators and a nation that’s the second most anti-Semitic in Europe, according to Anti-Defamation League.

Moreover, Raoul Contreras speaks about the occupation and ethnic cleansing of 20 percent of Azerbaijan’s territory by Armenia.