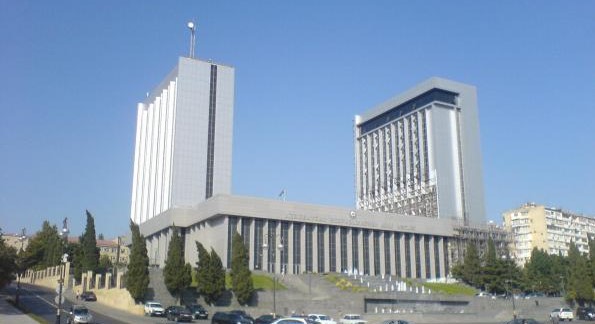 Chair of Azerbaijan's Milli Majlis Sahiba Gafarova has sent a congratulatory letter to Chairman of the Grand National Assembly of Turkiye Mustafa Şentop on Republic Day, a national holiday in the Republic of Turkiye, the Press and Public Relations Department of Milli Majlis told News.az.

In her letter, Sahiba Gafarova extends heartfelt congratulations to the GNAT and the fraternal Turkish people and sends them the best wishes on her own behalf and on behalf of the members of the Milli Majlis of the Republic of Azerbaijan.

The message says that the achievements made by the Republic of Turkiye to date are gratifying and a source of contentment whereas the grand deeds done currently promote the brotherly country’s political, economic, technological and otherwise progress in addition to serving to ensure the fraternal nation’s well-being.

The Chair of the Milli Majlis emphasises the day-to-day expansion and strengthening of the Azerbaijani-Turkish relations that are based on the ‘one nation – two states’ principles and are rooted in our friendship. The relations that are at their zenith right now make contributions of their own to the causes of peace, stability and progress.

Similarly to all the facts of our inter-state relations, the unity and solidarity between Azerbaijan and Turkiye also advance in the inter-parliamentary co-operation dimension.

The letter from Mrs Gafarova expresses a confidence that joint efforts will continue to be made for further reinforcement and development of the bilateral and multilateral relations as well as for the sake of effective and vigorous co-operation between the Milli Majlis of the Azerbaijan Republic and the Grand National Assembly of Turkiye.
In the end, Sahiba Gafarova wishes the brotherly Turkish people eternal peace and prosperity on this remarkable day.