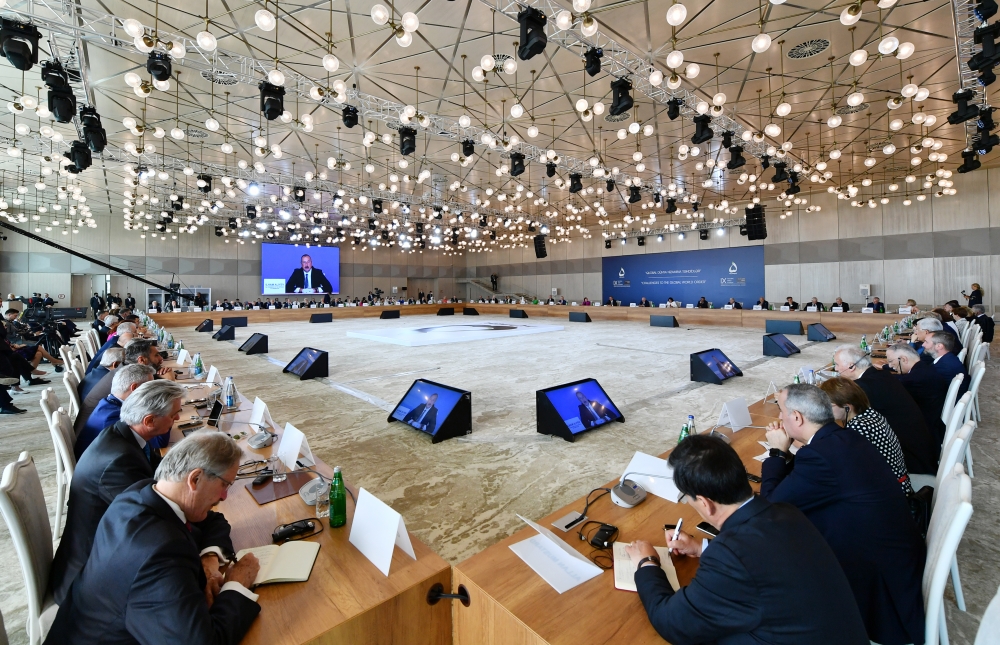 The Egyptian media has widely covered the opening of the 9th Global Baku Forum under the motto “Challenges to the Global World Order” and the panel meetings.

The official MENA agency, Al Ahram, Al Masr Al Yom, Cumhuriyya and other influential newspapers published articles on the Azerbaijani President`s meeting with the Secretary General of the League of Arab States Ahmed Aboul Gheit, and the panel session entitled “Middle East, Arab and Muslim world in pursuit of peace, stability, and development”.

Al Shuruq, another influential Egyptian newspaper, published excerpts from the speech of Assistant to the President of Azerbaijan and Head of the Foreign Policy Affairs Department of the Presidential Administration Hikmat Hajiyev. 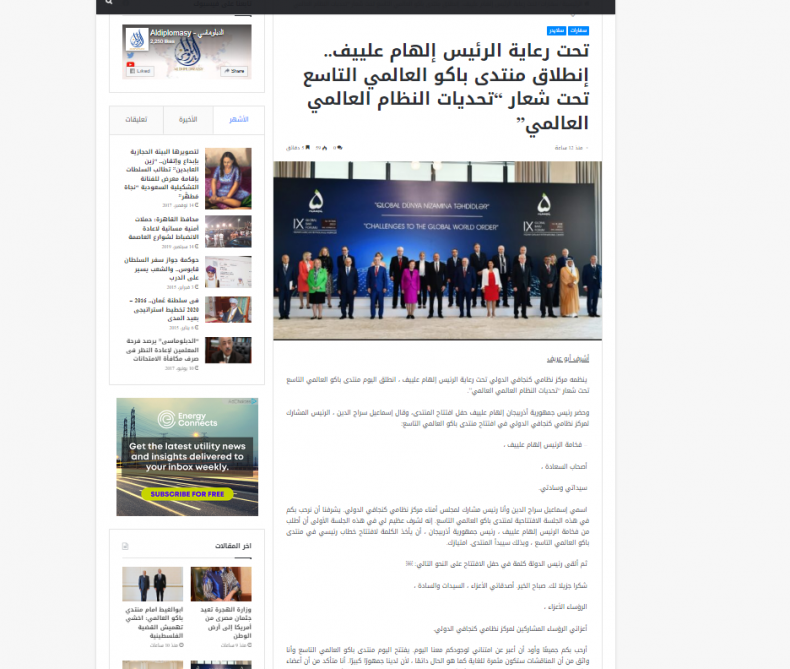 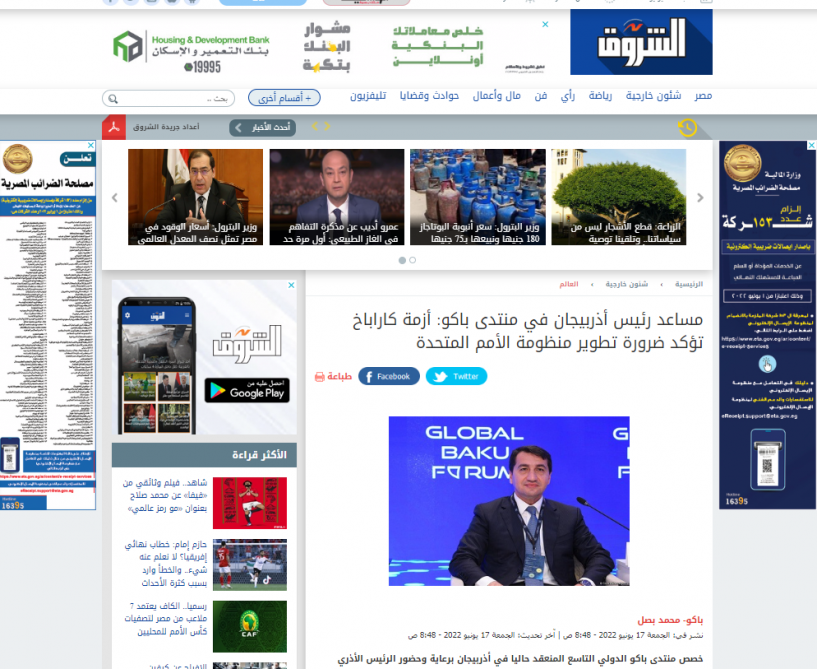