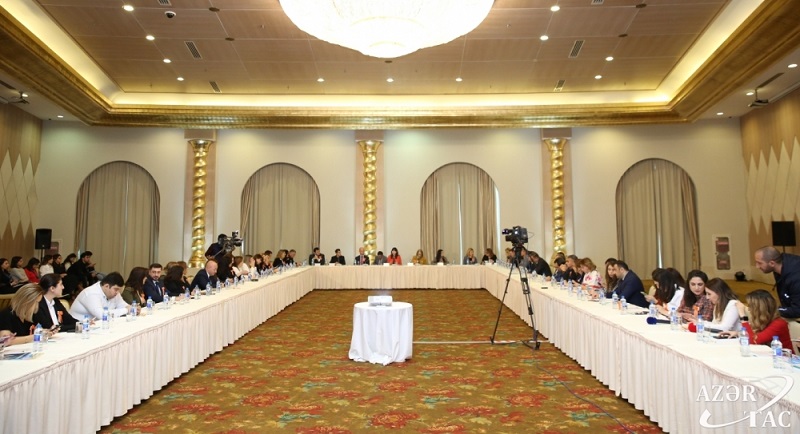 An event, called “The 16 Days of Activism against Gender-Based Violence at the media level,” was held in Baku on Friday.

The event was organized by the State Committee of Azerbaijan for Family, Women and Children Affairs, News.Az reports.

The main objective of the event is to ensure the involvement of traditional and digital media in the fight against gender-based violence against women and girls.

The 16 Days of Activism against Gender-Based Violence is an annual campaign that begins on 25 November, the International Day for the Elimination of Violence against Women and girls and runs through International Human Rights Day on 10 December. Violence against women and girls remains the most pervasive human rights violation worldwide, affecting more than 1 in 3 women, a figure that has remained largely unchanged over the last decade.