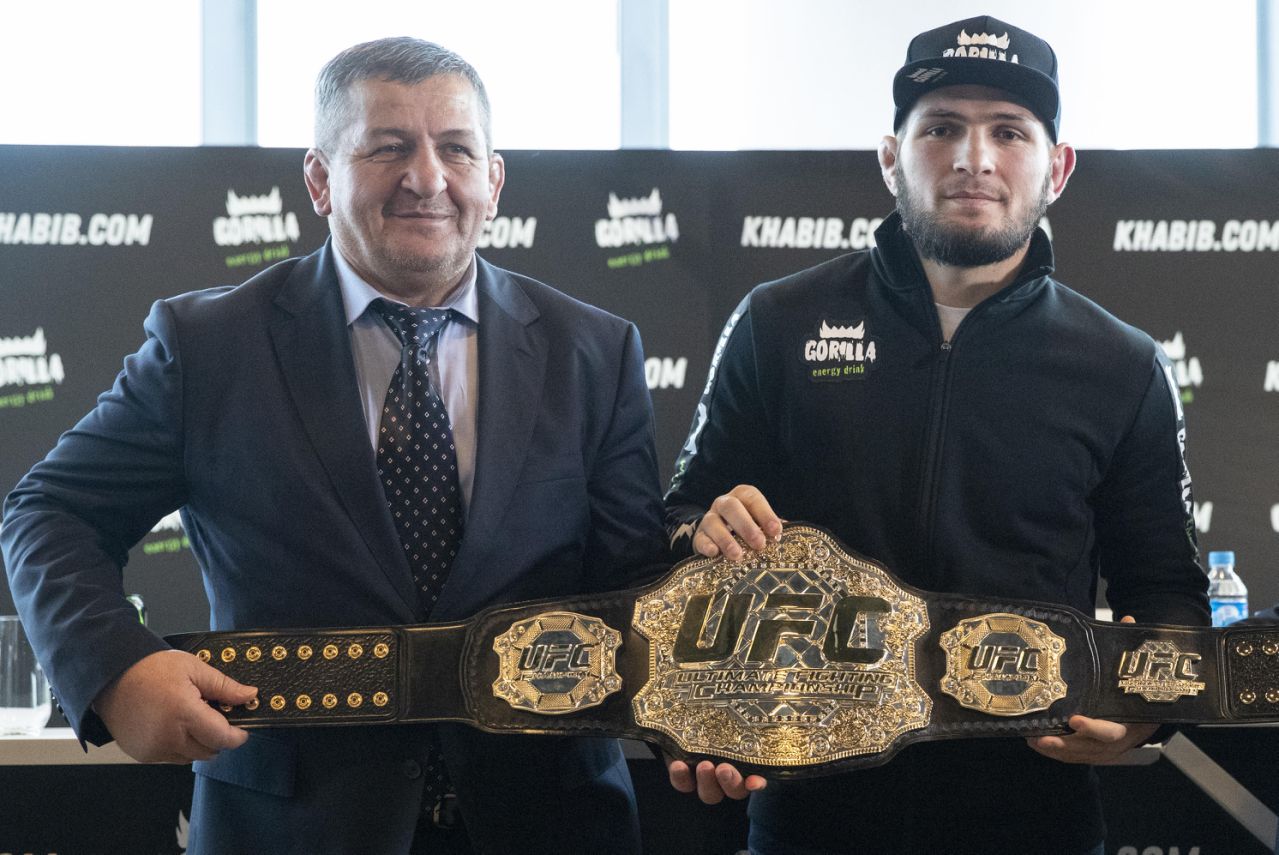 The father and trainer of Khabib Nurmagomedov, Abdulmanap, has died in a Moscow hospital due to complications stemming from Covid-19 infection aged just 57, RT reports.

A world-renowned mixed martial arts coach, Abdulmanap suffered a heart attack after being diagnosed with the deadly coronavirus, which required emergency bypass surgery, after which he was twice placed into a medically-induced coma.

His condition had been reported by doctors as 'serious but stable', but it has now been reported that the elder Nurmagomedov has sadly finally lost his battle with the disease.

Chechen Republic leader and friend of the family Ramzan Kadyrov reported the news on Friday.

Nurmagomedov senior had first fallen ill at the end of April in his homeland of Russia’s Republic of Dagestan, where he was treated in a local hospital for pneumonia-like symptoms but refused to be tested for the coronavirus.

After his condition worsened, Abdulmanap was sent by special flight to Moscow where he was treated in a military hospital. It was there where he tested positive for Covid-19 and shortly after suffered a heart attack brought on by the disease.

Following heart surgery Abdulmanap was placed into a medically-induced coma and despite waking from it, his speech took some time to recover, before he finally succumbed to the disease.

Khabib had been coached by his father, a decorated combat sambo veteran, through his entire martial arts career. It was the elder Nurmagomedov who converted a part of their family house into a gym where a young Khabib learned to wrestle shortly after making his first steps on the mat.

From there, Abdulmanap would garner his reputation for creating champions. A specialist in wrestling and sambo - the Russian self-defense martial art - he became one of the most respected coaches in his homeland and later achieved international renown and the unofficial title of 'Father of Dagestan MMA.'