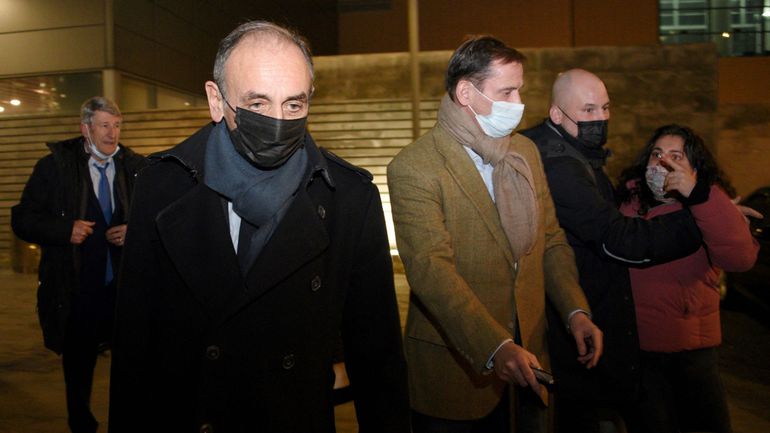 On December 12, Eric Zemmour, far-right candidate for the 2022 French presidential election, paid a visit to Armenia as part of his presidential campaign with a goal to draw support from the sizeable Armenian community of France. It is reported that France hosts 250,000 – 400,000 of Armenian population outnumbered outside of the South Caucasus only by Russia with 1.9 million and 850,000 in the United States. Campaigning on notably racist platform espousing to the theory of replacement which implies that French people will become minorities in their country after being replaced by immigrants, Zemmour hopes that Christian Armenians will support his anti-Islamic agenda.

Apparently, the Armenia-Azerbaijan disputes that are promoted by Armenians as “the struggle of a Christian nation against the Muslims” and hereby the Islamophobic statements of the Armenian leaders and intellectuals encourage Zemmour to believe that his “cause” matches with those of Armenians. Calling Armenia a "Christian" nation in the middle of "an Islamic ocean" and invoking the historic rivalries between the two religions, he shouted that “It is the great confrontation between Christianity and Islam which is reborn today”.

Exporting his racist worldview to the South Caucasus, the French politician, on the one hand, fuels the anti-Azerbaijani and anti-Turkic hatred in Armenia for his own political gains. For him and all other French politicians who exploit this conflict, it does not really seem to matter what consequences their statements will have to the Armenians and Azerbaijanis suffering from the long-standing conflict in the South Caucasus. Otherwise, they would have all promoted peace and reconciliation between the two nations rather than fueling the animosities. Seemingly, a small group of Armenians are well aware of this as they protested the visit of the racist French politician to Yerevan at the airport, describing him as a racist, and some waived signs in French that read, “Not welcome, Eric Zemmour”.

On the other hand, this visit and Zemmour statements gives disturbing signals for the future of the Armenia-Azerbaijan peace process and the role of France in this as a Co-Chairing country of the OSCE’s Minsk Group. In this context, it is important to recall that Zemmour is not a marginal political figure who may represent a tiny segment of the population. Quite the contrary, he is supported by significant societal groups and even expected to run in the second round of the next year’s presidential elections.  Nor is he the only presidential candidate that hopes to increase their chances in the elections by allying with Armenians and disseminating anti-Turkic and anti-Muslim sentiments. Valerie Pécres, the candidate from the center-right, does not differ much from Zemmour in this aspect. According to the media reports, for Pécres as well, Armenia is going to be the destination for her first foreign visit as a presidential candidate.

This situation in the French politics therefore reaffirms that France holds a dramatic pro-Armenian, and consequently anti-Azerbaijani, bias and absolutely does not fit the mediating role within the Minsk Group – a role which, first and foremost, demands neutrality from its holders. Repeatedly demonstrated by the French politicians since the start of the 44 Day War last year, this bias derails any meaningful international initiative to contribute to the peace and security between Armenia and Azerbaijan and has eventually sidelined Minsk Group as an international mediating actor in the post-war peace process between the two countries.

Vasif Huseynov, a Senior Advisor at the Baku-based Center of Analysis of International Relations (AIR Center), special for News.Az