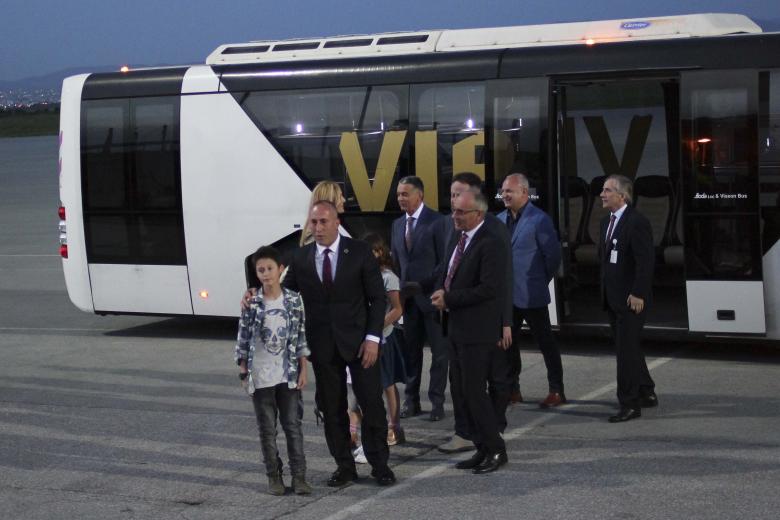 The court in France, which recognizes Kosovo's independence, immediately released Haradinaj, who was detained on Jan 4. He is due to arrive in Pristina later in the day, Reuters reports.

A Serbian court has charged Haradinaj with killings, torture and abductions of Serbs, ethnic Albanians and minority Roma people during and after the 1998-1999 war that led to Kosovo's independence from Serbia, which Belgrade does not accept.

"The Serbian government sees that decision as shameful, scandalous, illegal, absolutely unjust and above all as politically motivated," Prime Minister Aleksandar Vucic told a news conference in Belgrade.

After an urgent meeting, the Serbian government, which considers Haradinaj a war criminal, decided to send a protest note to France and recall its ambassador for consultations.

Vucic also announced he will speak with Russia's Foreign Minister Sergei Lavrov later in the day.

Russia, a permanent member of the United Nations Security Council, is a traditional ally of fellow Slavic and Orthodox Christian Serbia. It also opposes Kosovo's independence, declared in 2008, and has blocked its accession to the UN and its bodies.

Haradinaj's arrest further strained fragile ties between Serbia and Kosovo, which has repeatedly demanded Belgrade must drop its efforts to prosecute people linked to the conflict.

"Once again it is proven that the slanders of the Serb secret services against the Kosovo Liberation Army (the wartime guerrilla force) are unfounded and not taken into consideration by the democratic world," he said in a statement.

Haradinaj was tried and acquitted of war crimes at a U.N. war crimes tribunal in The Hague in 2008. The court confirmed this decision in 2012.

The Kosovo conflict ended after NATO bombed the now-defunct Yugoslavia, which then comprised of Serbia and Montenegro, for 78 days to force a pullout of its troops and end a counter-insurgency campaign against ethnic Albanians.