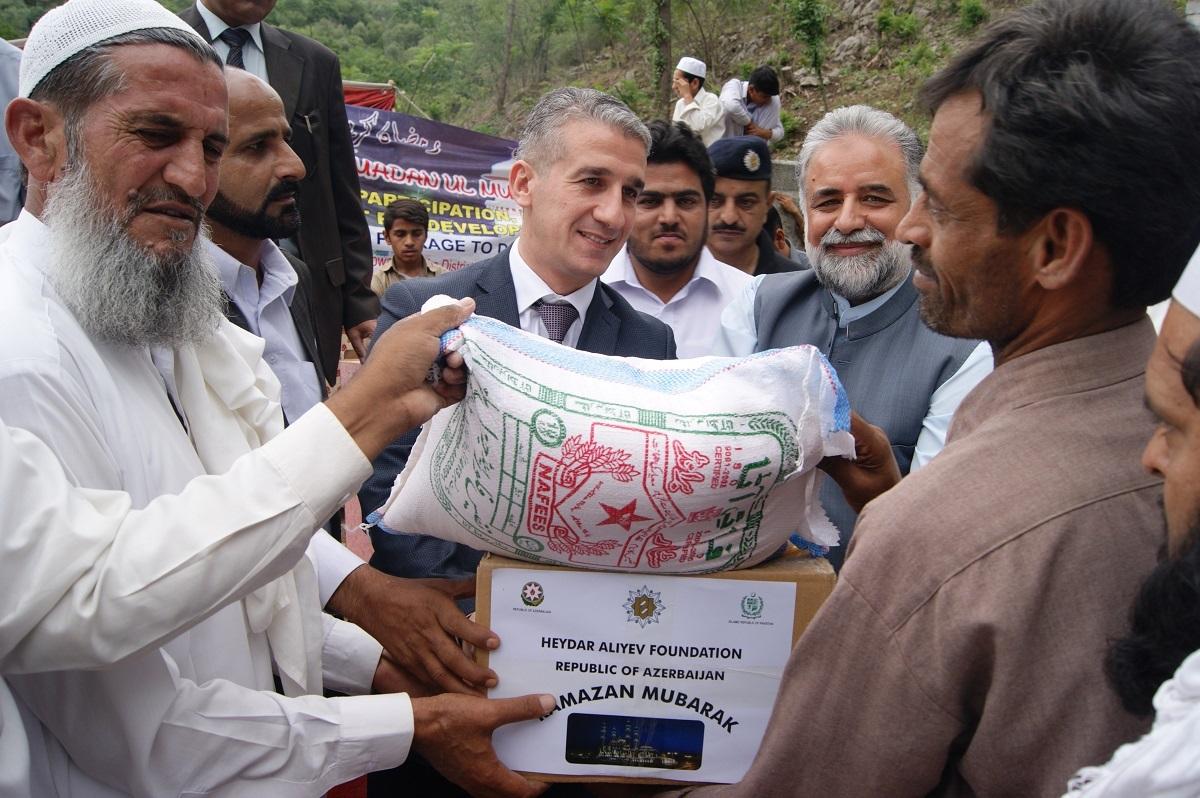 Aid packages of the Heydar Aliyev Foundation have been distributed to the needy and poor families in a number of villages in Abbotabad area, Pakistan.

Ambassador Alizade noted that throughout the history, peoples of Azerbaijan and Pakistan have communicated with each other, worked together, shared their grief and rejoiced at their success together. The ambassador noted that Azerbaijan and Pakistan enjoy cordial and warm relations in all fields, as well as in humanitarian and social field, and pointed out that a number of different humanitarian and social projects were implemented by the Heydar Aliyev Foundation in Pakistan.

Ali Alizade said that after a devastating earthquake in 2005, the Heydar Aliyev Foundation started its work in Pakistan and constructed a new school for girls in Muzaffarabad.

The ambassador noted that during 12 years, President of the Heydar Aliyev Foundation and First Lady of Azerbaijan Mehriban Aliyeva initiated a series of healthcare, education, development and humanitarian projects in all provinces of Pakistan, such as the hepatitis vaccinations, check-ups and treatments of women and children, donation of ambulances and thousands of blood collection bags to some hospitals, construction of Water Supply Scheme. During the Holy Month of Ramadan, the Foundation hosted iftar dinners to the beneficiaries of Pakistan Sweet Homes and other orphanages in all provinces of Pakistan, he said.

The ambassador emphasized that distribution of Ramadan Aid Packages of the Heydar Aliyev Foundation in Abbottabad in the Holy Month of Ramadan once again proves “intimacy, friendship and solidarity between our peoples”.

Deputy Speaker of National Assembly of Pakistan Murtaza Javed Abbasi thanked the Heydar Aliyev Foundation, the Foundation’s president, and the ambassador for the urgent response, helping the deserving people of this area.

He expressed his confidence that such cooperation and support based on the solidarity between the two brotherly countries would remain in future as well.

“Azerbaijan is a country on the road to progress and prosperity, and Pakistan is very much proud of its Muslim brother’s success in a short period of time,” he added.