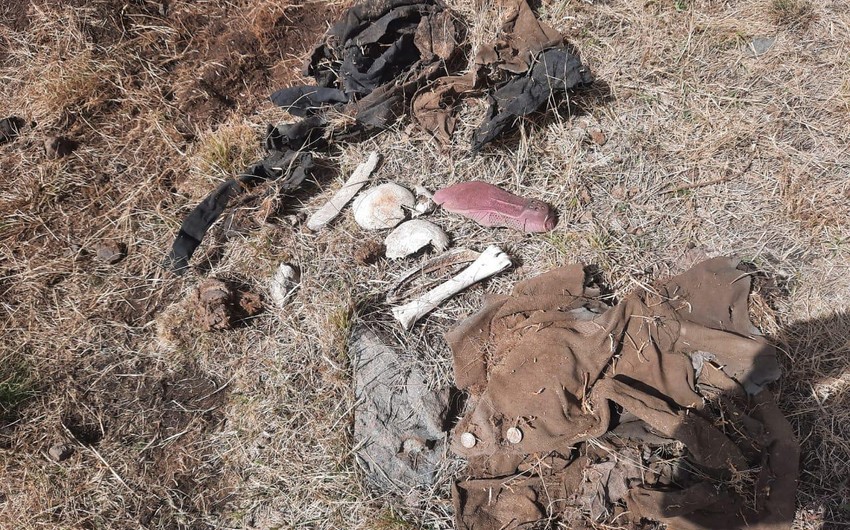 On October 27, the Kalbajar District Prosecutor’s Office received information about the discovery of eroded bones of the human skeleton, as well as fragments, presumably of women's clothing, in the district’s village of Zallar, the Prosecutor General’s Office of Azerbaijan told News.Az.

Employees of the prosecutor's office, with the participation of a forensic medical expert, examined the site and took the bones of the human skeleton and clothing items for examination.

The discovered remains and items of clothing are believed to belong to a person who was captured and tortured to death during the occupation of Kalbajar district by Armenia.

Necessary investigative measures are being taken.