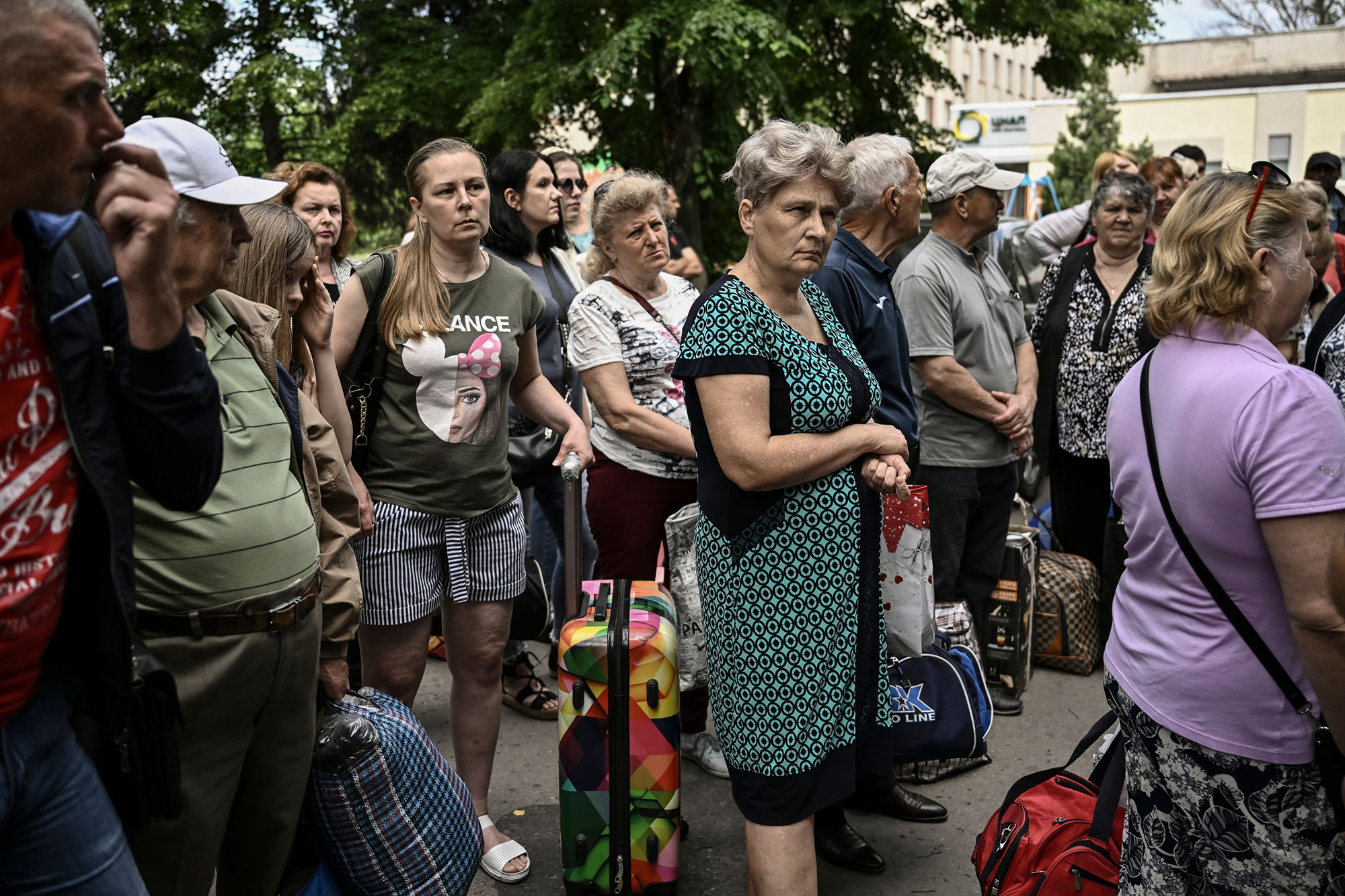 Hundreds of people are fleeing the city of Sloviansk in eastern Ukraine every day, with evacuation numbers almost doubling this week, said the head of the city's military administration, Vadym Lyakh, on Saturday, News.az reports citing UNIAN.

“The number of people leaving (the city) has almost doubled, both by evacuation buses and their own vehicles, people are actively leaving,” Lyakh said. He said a missile strike that killed three people in the city on Tuesday had “pushed the citizens to leave.”

Around 70 to 100 people are evacuating to the city of Dnipro every day, and 100 to 200 people are leaving for other parts of Ukraine on a daily basis, Lyakh said. The flow of traffic leaving the city is “increasing," he added.

The increased demand means they are adding more evacuation buses, which people can sign up for in advance, Lyakh said. Evacuees are provided with free food and accommodation by local volunteers.

So far, the evacuations have been carried out safely, with “no cases of shelling or any complications,” he said.