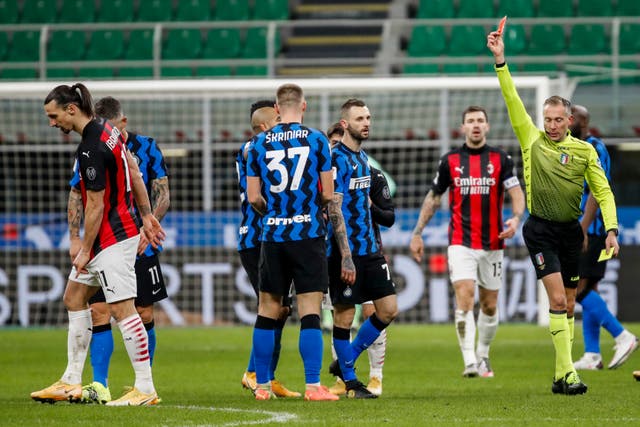 Inter Milan came from behind to beat AC Milan 2-1 Tuesday in an Italian Cup quarter-final that saw Zlatan Ibrahimovic dismissed after scoring the Devils' opener, according to DPA.

“Milan are a strong team, but we showed to be at their level, actually even better, and we hope to continue to show it in the long run,” Nicolo Barella said as Milan top the Serie A league two points above Inter.

“It will be a nice fight as the league is open. [Milan] are having a great season and we respect them but we want to beat everyone.”

Atanta and Lazio meet on Wednesday before Juventus tackle second-division SPAL, while holders Napoli are against league newcomers Spezia in Thursday's round closer.