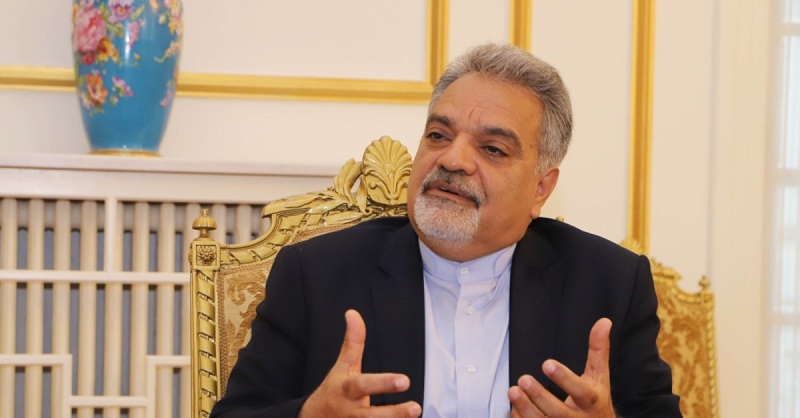 The ambassador said Iran welcomes the initiative brought up by President Recep Tayyip Erdogan in November 2020.

The peace initiative consists of establishing a cooperation mechanism in the Caucasus region, comprising three Caucasian states – Azerbaijan, Georgia, and Armenia– and their three neighbors – Russia, Turkey, and Iran. Hence, it's called the 3+3 mechanism.

Farazmand noted that the initiative is also in line with Iran’s foreign policy, which consists of solving regional problems with countries in the region, minimizing escalation, enhancing cooperation and creating a strong region through the utilization of neighboring countries’ skills and expertise.

The ambassador also said all countries have accepted the proposal in principle, with the exception of Georgia.

“Without a doubt, the facilitation of peace and stability in the strategic Southern Caucasus region by ending 30-year-old tensions will create development, trade, investment and transportation opportunities, which will benefit the region and people living here as a whole,” Farazmand told Anadolu Agency.