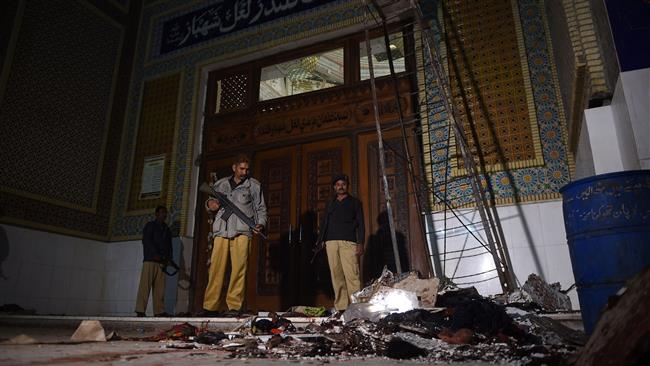 Iran has denounced a deadly terrorist attack on a Sufi shrine in Pakistan’s southern province of Sindh, urging an extensive and global fight against the vicious

“It is necessary that a broad and international move against terrorism, violence and extremism be launched and all peace-seeking governments and nations join it,” Iranian Foreign Ministry Spokesman Bahram Qassemi said on Friday, according to PressTV.

He added that the use of terrorism and intimidation as a means for political purposes is the most heinous policy, adding that the approach has led to the creation of insecurity and instability in the region and across the world.

The Iranian spokesperson urged all nations to adopt “practical and coordinated measures free of double standards” to root out terrorism and stop the killing of innocent people.

“The world must know and keep in mind that the lives of all humans in every part of the world are equally valuable,” Qassemi said.

At least 80 people, including 20 children, lost their lives and some 250 more injured in the terrorist bombing in the city of Sehwan in Sindh Province on Thursday.

The blast occurred as a large number of people gathered at the Lal Shahbaz Qalandar shrine for a special Sufi ritual. According to security officials, the bomber entered the main hall of the shrine and detonated his explosives in the middle of the crowd.

On Friday, a funeral was held for some of the victims of the terrorist attack by their families and friends.

The Daesh Takfiri group claimed responsibility for the attack.