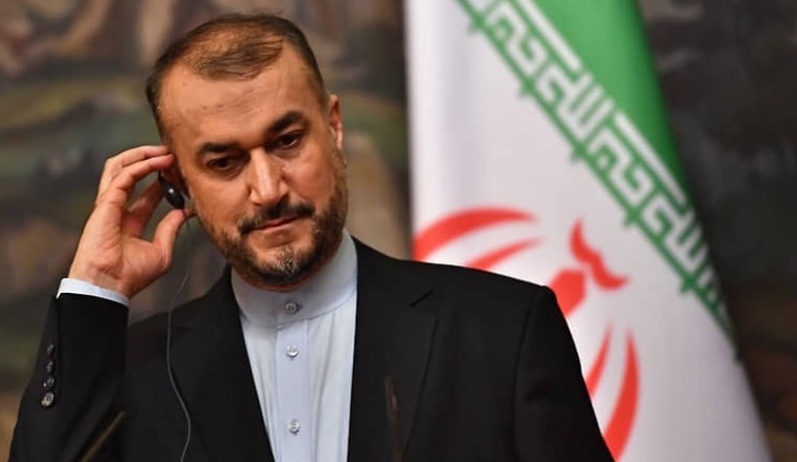 Iranian Foreign Minister Hossein Amir Abdollahian on Thursday called for a balanced deal in the Vienna negotiations between Iran and other parties to the 2015 nuclear deal, Xinhua reports.

"The other sides should not doubt that if they want to give one point and ask for 10 points, the Islamic Republic of Iran will never accept this method," Amir Abdollahian said at the joint press conference with his visiting Iraqi counterpart Fuad Hussein.

The Iranian diplomat said Iran "loudly declare that if you want to address your concerns about Iran's peaceful nuclear program, all sanctions should be lifted."

Iran will continue the negotiations until a good agreement is reached, he said, adding that "when other parties show their seriousness, it is the day when we can talk about the return of all parties to their commitments" under the Joint Comprehensive Plan of Action (JCPOA).

Iran will pursue negotiations in Vienna with good faith and seriousness with a view to reaching a "good" agreement, and it is expected that other parties will continue the talks with the same approach, he noted.

Following seven rounds of talks held since April this year, Iran and Western parties to the 2015 nuclear deal have yet found ways to break the impasse on salvaging the pact, which Washington unilaterally quitted in 2018.