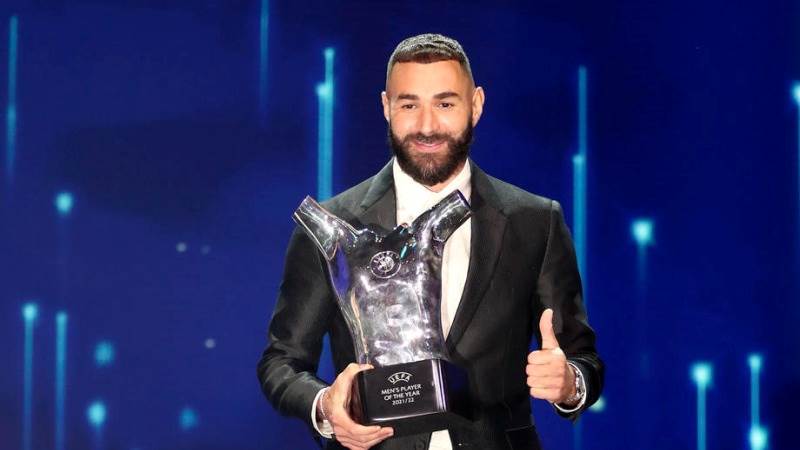 French striker Karim Benzema of reigning Champion League winners Real Madrid was named Men's Player of the Year on Thursday at an UEFA event in the Turkish metropolis Istanbul.

Italian head coach Carlo Ancelotti, meanwhile, was named Men's Coach of the Year for the 2021-22 season, while Barcelona midfielder Alexia Putellas won the Women's Player of the Year award.

UEFA Europa League and Conference League group draws will be held on Friday in Istanbul.