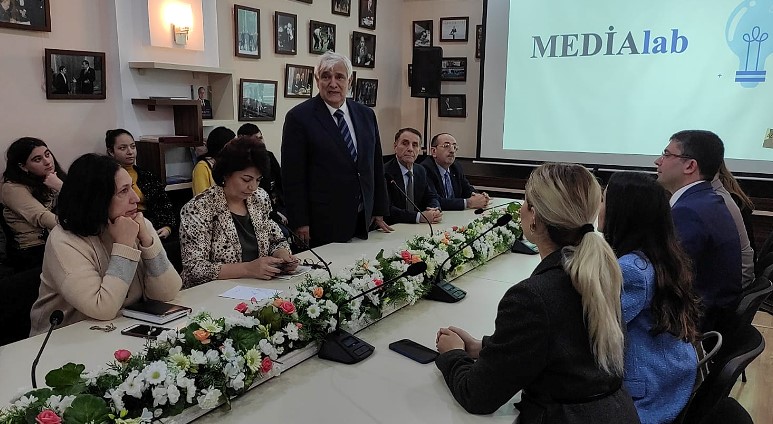 A meeting was held between the Executive Director of the Media Development Agency, Ahmad Ismayilov, and the rector of the Azerbaijan University of Languages, Academician Kamal Abdulla, News.az reports.

During the meeting, Ahmad Ismayilov emphasized the importance of supporting the integration of traditional media into digital media in the educational process and increasing the staff potential that meets the requirements of the new media environment and noted the importance of strengthening cooperation with higher education institutions in the field of media.

Rector of Azerbaijan University of Languages, academician Kamal Abdulla noted that the process of reforms in the field of media has gained momentum and expressed his confidence that the cooperation will bring useful results in the direction of training of journalist personnel, and expressed his views on mutual development prospects.

At the meeting attended by the students and teaching staff of the university, the head of the Media Development Agency's Projects Department, Laman Isgandarova, presented the "MEDIA Lab" project and discussed the project's organization mechanisms.