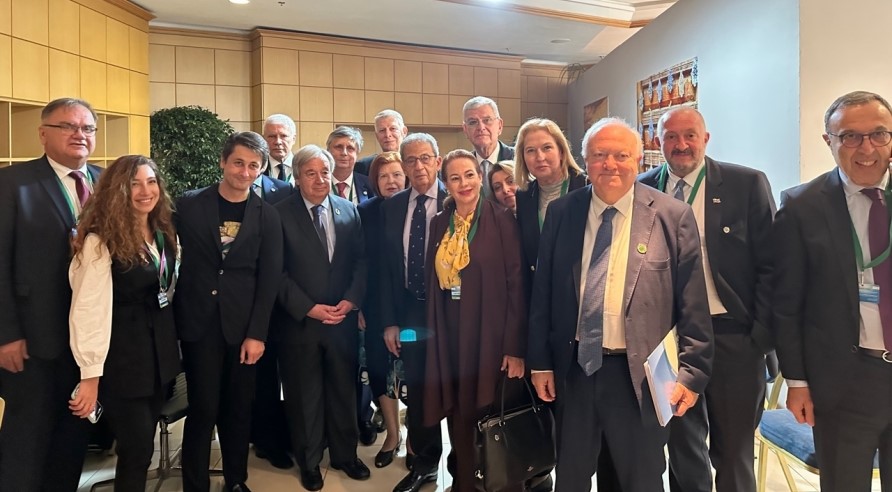 Members of the Nizami Ganjavi International Center (NGIC) have met with UN Secretary General António Guterres on the sidelines of the 9th Global Forum of the United Nations Alliance of Civilizations (UNAOC) held in Fez, the Kingdom of Morocco on November 22-23, News.az reports.

During the meeting, the sides exchanged views on current global challenges and agreed on holding such regular meetings. The UN chief was informed about the 9th Global Baku Forum organized by NGIC, as well as the cooperation with UNAOC and the Center’s initiatives.

UN Secretary General António Guterres was presented with the special edition of “The Magic of Pen” book dedicated to the 880th anniversary of great Azerbaijani poet and thinker Nizami Ganjavi.