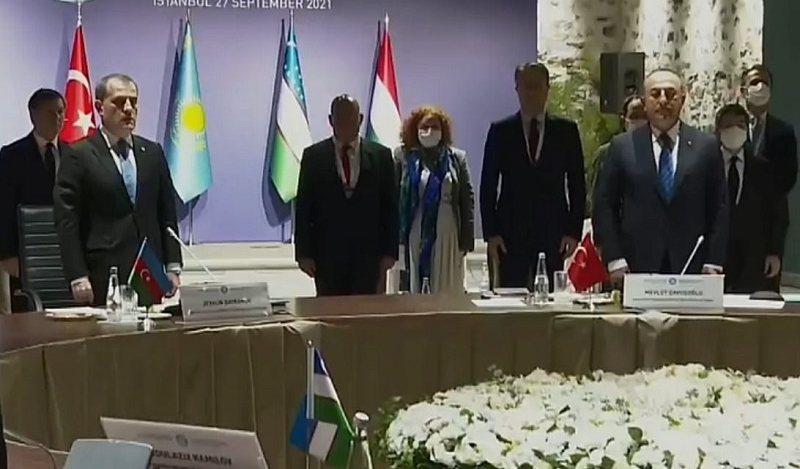 The memory of the Azerbaijani martyrs of the 44-day second Karabakh war was honored with a minute of silence at a meeting of the foreign ministers of the Turkic Council member states in Istanbul on Monday, News.Az reports.

During the meeting, Azerbaijani Foreign Minister Jeyhun Bayramov expressed gratitude for the solidarity that the Turkic Council member states showed during the 44-day war, as well as after it in the work on the restoration and reconstruction of the liberated territories of Azerbaijan, and invited the meeting participants to honor the memory of the martyrs of the second Karabakh war with a minute of silence.

In turn, Turkish Foreign Minister Mevlut Cavusoglu noted that today marks the anniversary of the start of the 44-day war of Azerbaijan, as a result of which the country's lands were liberated from occupation.

“We respectfully honor the memory of the martyrs of Azerbaijan, who gave their lives for their Motherland,” said Cavusoglu.