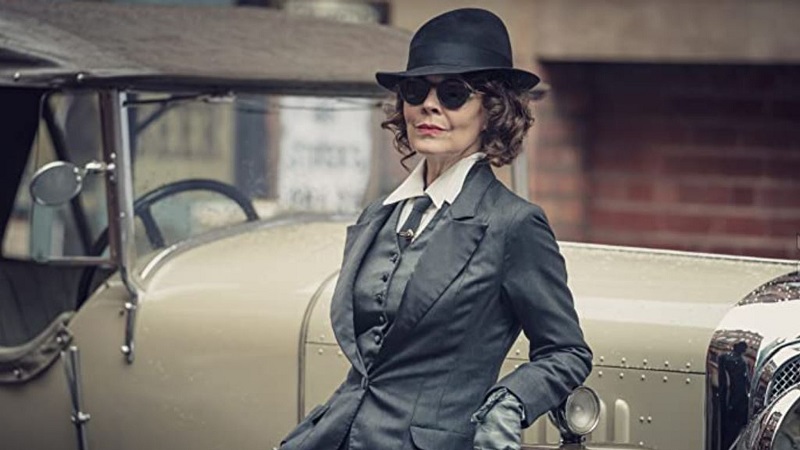 Helen McCrory, the "beautiful and mighty" British actress known for playing steely female characters on stage and screen, has died of cancer at the age of 52, her husband, Damian Lewis, said on Friday.

The shock announcement drew tributes from author JK Rowling, fellow actors including Michael Sheen and from the artistic director at London's National Theatre who hailed McCrory as "unquestionably one of the great actors of her generation".

On screen she starred as Narcissa Malfoy in Harry Potter films, as the matriarch of a crime family in Peaky Blinders and as the wife of former prime minister Tony Blair, Cherie.

On stage, she appeared as Medea, Lady Macbeth and Hester Collyer in The Deep Blue Sea.

"I'm heartbroken to announce that after a heroic battle with cancer, the beautiful and mighty woman that is Helen McCrory has died peacefully at home, surrounded by a wave of love from friends and family," the "Homeland" actor Lewis said.

"She died as she lived. Fearlessly. God we loved her and know how lucky we are to have had her in our lives. She blazed so brightly. Go now, Little One, into the air, and thank you."

The couple, who had two young children, married in 2007.

They had recently raised over one million pounds to give health workers restaurant meals during the pandemic.

Sam Mendes, who directed McCrory in the James Bond film "Skyfall," said she was an astonishing talent. "The film and theatre world has lost a one-of-a-kind actress, and her family and friends have been robbed of an extraordinary, indomitable spirit," he said.

Rufus Norris, artistic director at the National Theatre, said she had an incisive wit. "We are shattered and will miss her terribly," he said.