MOE: "During the fire in the "Sovetski" 4 people have been rescued" 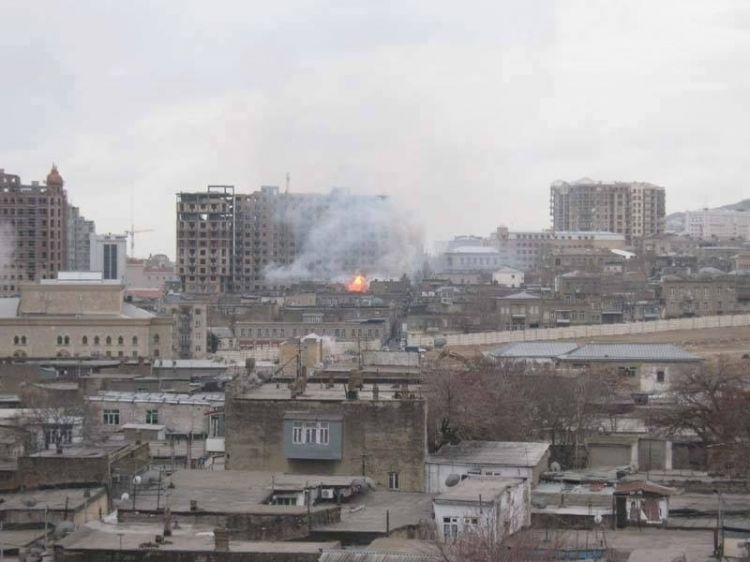 A fire broke out in a house in the Sovetski area of Baku, near the Academic National Drama Theatre.

Firefighters of the Ministry of Emergency Situations have arrived at the area.

An APA correspondent to the site says a woman (Liliya Mikhaylovna Khazibova, 1969) has died in the fire.

Another woman (Raisa Abutalibova 1935) was poised with smoke inhalation but came to after doctors provided first aid to her.

"The information on the fire came at 17:01. Fire brigades were immediately sent to the scene," said chief of staff of the State Fire Protection Service of the Ministry of Emergency Situations Akbar Novruzov.

According to him, 13 vehicles and 90 people of staff were involved to extinguish the fire: "The fire occurred in the courtyard common, in two and three storey buildings with wooden construction. During the fire 4 people were rescued and the body of a woman was found under the rubble. Two men and two women among the survivors, two of them are patients with bed rest. The fire was extinguished within 35-40 minutes. The cause of the fire is being clarified. Currently, work is underway on the analysis of structures."