Mudslide in Arctic Norway sweeps houses into the sea (VIDEO) 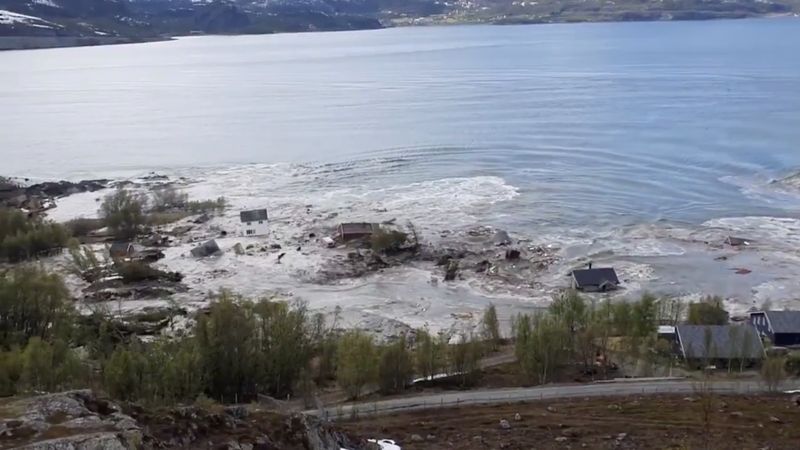 A powerful mudslide in Arctic Norway swept eight houses and the piece of land on which they stood into the sea, where they sank into swirling waters, footage posted on social media showed.

Nobody was hurt when the houses, near the town of Alta in northern Norway, were uprooted in the 650-meter (710 yards) long mudslide on Wednesday.

“It appears no humans were in the area when it happened,” local police officer Torfinn Halvari told Norwegian news agency NTB.

A one-year-old elkhound called Raija was rescued from the mudslide by a military rescue helicopter and reunited with its owners, footage showed.

“The dog was swept into the sea but managed to swim ashore and survived,” said Halvari.