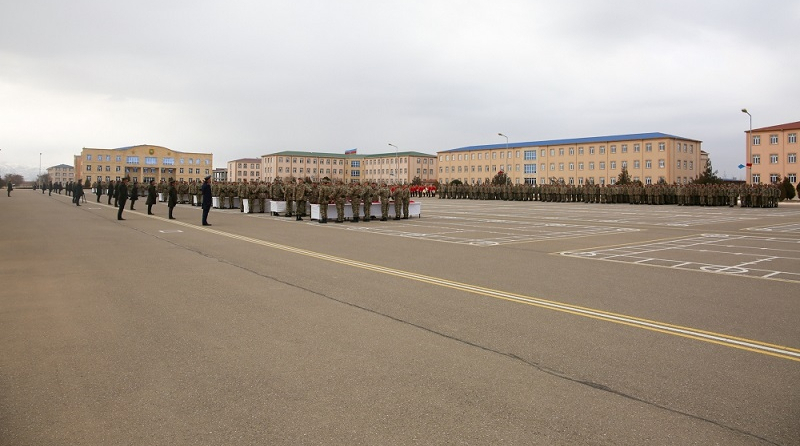 The memory of martyrs was honored and the national anthem of Azerbaijan was performed at a ceremony held at the Combined Arms Army of Nakhchivan, the Defense Ministry told News.Az.

The young men, who took the oath of allegiance to the Motherland, promised to stand bravely in the defense of the country, strictly observe the requirements of the military oath and regulations, protect military secrets, and always keep weapons and military equipment ready for battle.

Speakers at the event congratulated the young soldiers who took the military oath and wished them success in their service.

Chief of the Nakhchivan garrison troops Colonel General Karam Mustafayev delivered a congratulatory message to the personnel and expressed confidence that the young men who took the military oath will bear the name of soldiers with honor, stand bravely in defense of the Motherland and conduct successful combat duty.

The servicemen then solemnly marched in front of the podium.