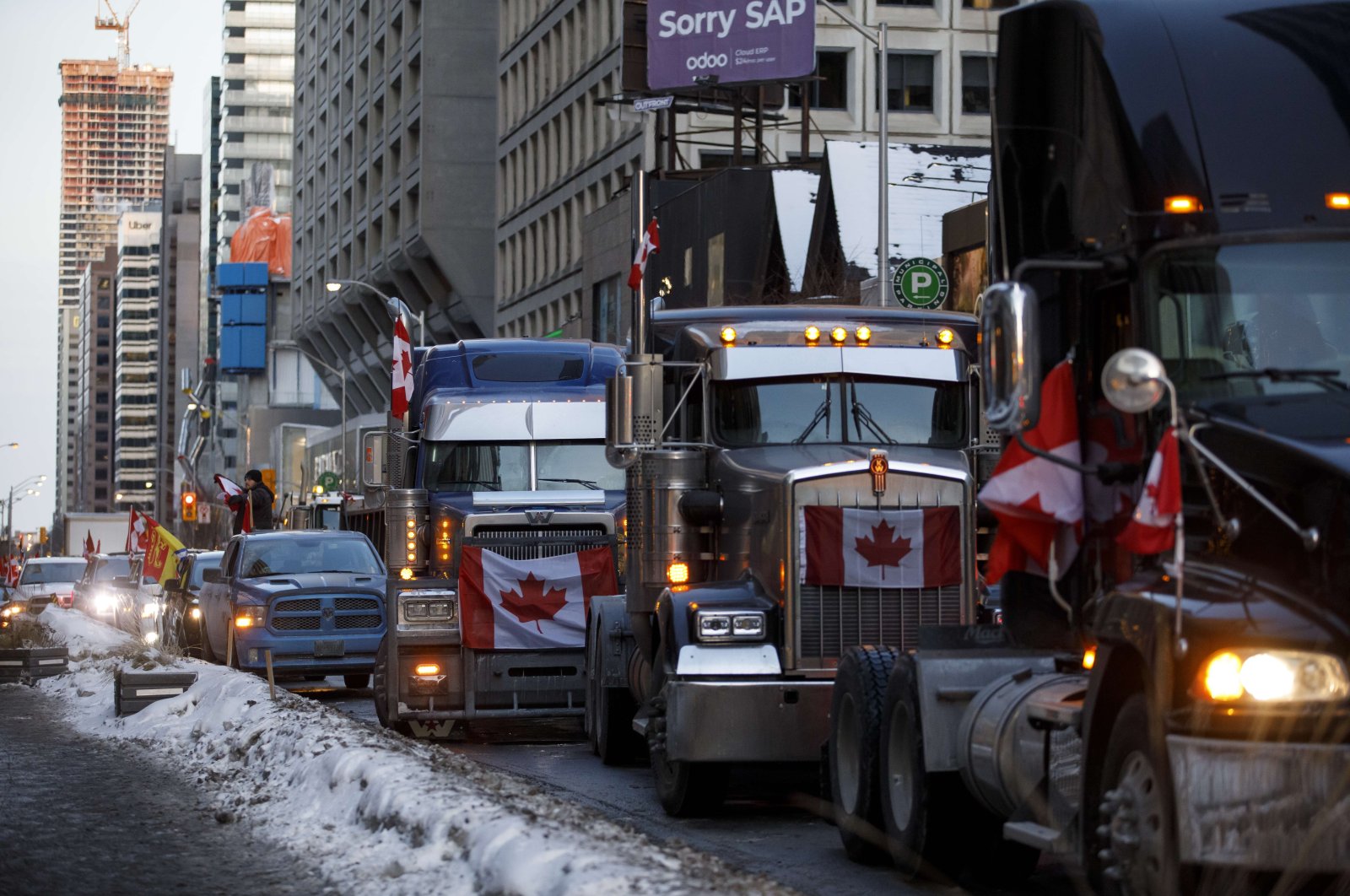 Ottawa Mayor Jim Watson on Sunday declared a state of emergency to help deal with an unprecedented 10-day occupation by protesting truckers that has shut down much of the core of the Canadian capital, News.Az reports citing Reuters.

"(This) reflects the serious danger and threat to the safety and security of residents posed by the ongoing demonstrations and highlights the need for support from other jurisdictions and levels of government," he said in a statement.

Watson, who complained earlier in the day that the demonstrators outnumbered police and controlled the situation, did not give details of what measures he might impose.

The "Freedom Convoy" began as a movement against a Canadian vaccine requirement for cross-border truckers but has turned into a rallying point against public health measures and Prime Minister Justin Trudeau's government.

Amid residents' fury at the lack of official response, Ottawa police relocated some protesters and put up fresh barricades on Sunday, saying they are "collecting financial, digital, vehicle registration ... and other evidence that will be used in criminal prosecutions."

They also announced they would clamp down on people attempting to bring in canisters to refuel the hundreds of large trucks blocking most roads in the city center.

Protesters have paralyzed downtown Ottawa for the past nine days, with some participants waving Confederate or Nazi flags and some saying they want to dissolve Canada's government. Convoy organizers say they will not leave until the vaccine mandates are ended.

Canadian Public Safety Minister Marco Mendicino said on Sunday that the government would not back down on the issue.

Police said they had charged four people with hate crimes and were investigating threats against public figures jointly with the U.S. Federal Bureau of Investigation.

Trudeau, who is isolating after testing positive for COVID-19 last week, has ruled out using the military to disband the protest. Due to security concerns, Trudeau and his family left their downtown home last weekend and his location has not been disclosed.