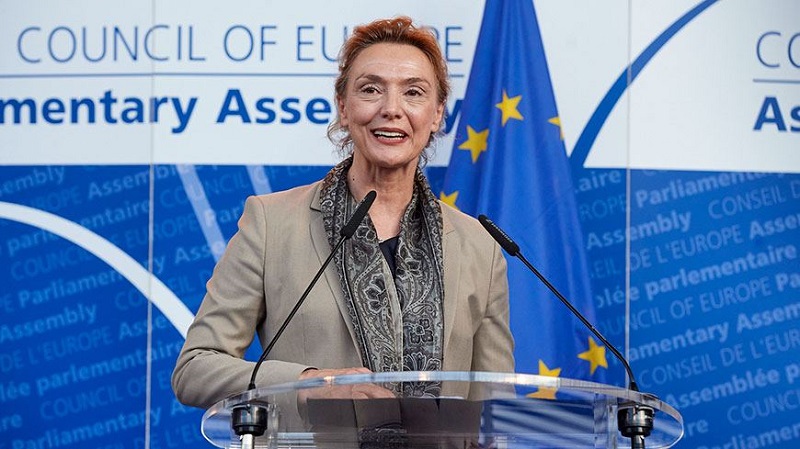 Parliamentary Assembly has welcomed the November ceasefire [trilateral statement of Azerbaijani, Russian presidents, Armenian prime minister) between Armenia and Azerbaijan, which has put an end to the Second Karabakh war, Secretary General of the Council of Europe Marija Pejčinović Burić said.

Pejčinović Burić made the statement during the 2021 winter plenary session of PACE.

She noted that Parliamentary Assembly constantly works that the organization plays its role in order to support peace.

“This is equally true when it comes to addressing other ongoing challenges. For example, the conflict that flared last year in and around Nagorno-Karabakh. We have spoken out repeatedly about the need to ensure peace. We welcomed the November ceasefire between Armenia and Azerbaijan, and we have held consultations with the national authorities of each country,” she said.

She noted that these talks focused on the role of the Council of Europe in providing post-conflict assistance in line with the PACE mandate.