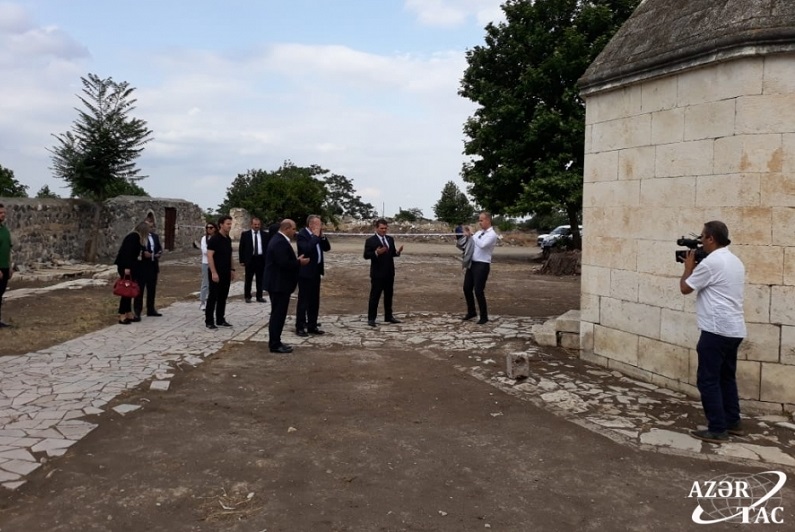 A delegation led by Speaker of the House of Peoples of the Parliamentary Assembly of Bosnia and Herzegovina Bakir Izetbegovic has visited the Imarat palace complex in Aghdam, where the Palace of Panahali Khan, the founder of the Karabakh khanate, is located.

One of the historical buildings vandalized by Armenians in the Aghdam district is the Palace of Panahali Khan, the founder of the Karabakh khanate.

Like other historical, cultural, and religious monuments in the occupied territories, the Palace of Panahali Khan was insulted and vandalized by Armenians. The palace was used by Armenians as a stable to keep animals there.

The Imarat cemetery, located near the Khan's palace and where many members of the Karabakh khan dynasty are buried, is a living witness to the atrocities and vandalism committed by Armenians.

The visit aims to acquaint the parliamentary delegation with atrocities committed by Armenian armed forces in the city of Aghdam.