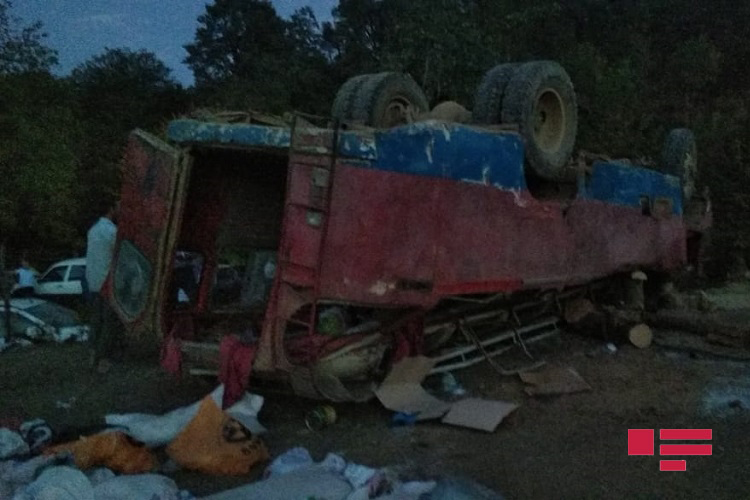 As a result of the accident, 1 person died, 22 were injured.

According to preliminary information, the reason for the accident was a malfunction in the brake system of the bus brand "PAZ".

Azerbaijan's Emergencies Ministry rescuers were involved in the scene. The injured were taken to the central district hospital.

The driver was reportedly killed in an accident.

Police investigate the circumstances of the incident.