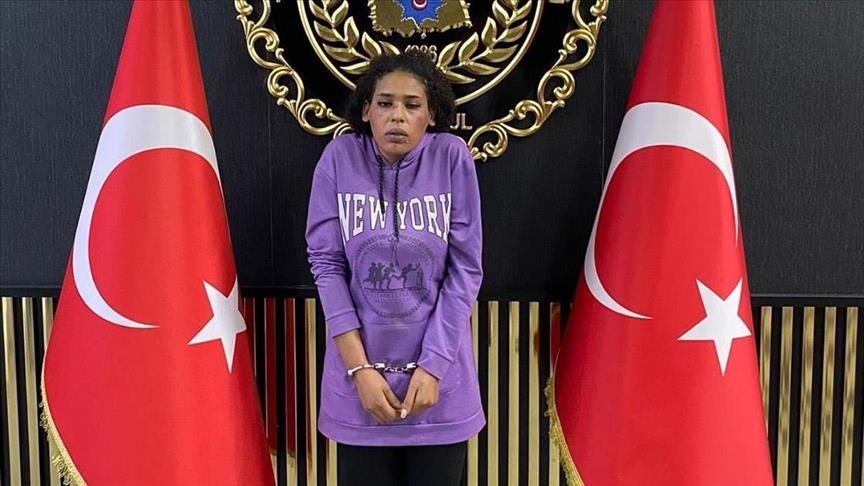 Footages from 1,200 surveillance cameras showed the terrorist’s movements until she arrived at Taksim to leave the bomb and then took a taxi from the attack scene to travel to Istanbul’s Esenler district, the Istanbul Police Department said in a statement.

The police raided 21 addresses for people who had been found to be in contact with the Taksim terrorist attack perpetrator, it added.

“During the operation, 46 people were caught and arrested, and it was found that the person who left the bomb went to an address in the Kucukcekmece district,” it said.

Ahlam Albashir, a Syrian national who carried out the attack, was captured alive at her address at 2.50 a.m. local time Monday (2350GMT Sunday).

In her police interrogation, the suspect said she was trained as a special intelligence officer by the PKK/PYD/YPG terrorist group and she entered Türkiye illegally through Syria’s Afrin.

The terrorist admitted that she had carried out the bomb attack at around 4.20 p.m. (1320GMT) on Sunday, taking the action order from the headquarters of the PKK/PYD/YPG terrorist organization in Kobani, Syria.

Earlier on Monday, Interior Minister Suleyman Soylu said the perpetrator who left the bomb on the crowded street frequented by shoppers and tourists was arrested.