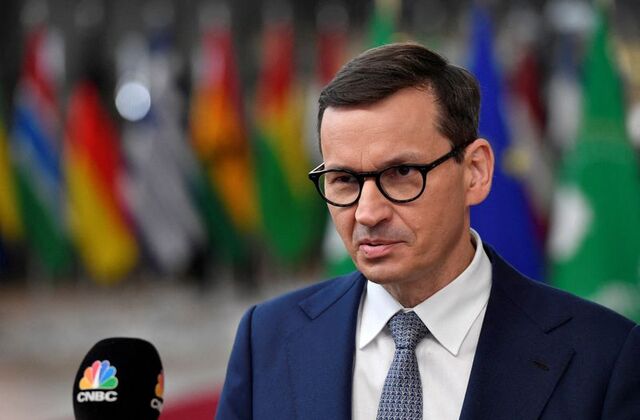 Poland plans to submit a proposal at a NATO summit in Brussels next week for a peacekeeping mission in Ukraine, Prime Minister Mateusz Morawiecki said on Friday, News.az reports citing CNBC.

Speaking at a news conference in Warsaw, Morawiecki told reporters that “at the next NATO summit, the proposal for a peace mission in Ukraine will be formally submitted.”

Morawiecki was asked whether he thinks there was consensus for such a mission in Ukraine among NATO members.

“Poland is very active in this forum, both in NATO and in the EU and we are the ones who urge them to take the following steps,” he said.

“When the bombs are falling closer and closer to the Polish border, we will, of course, use this as an argument, both in the context of the most argument presented by [Ukrainian] President Volodymyr Zelensky, as well as the arguments formulated by us during our mission in Kyiv," he added.