President Ilham Aliyev: All instructions on the future activities of special forces have been issued 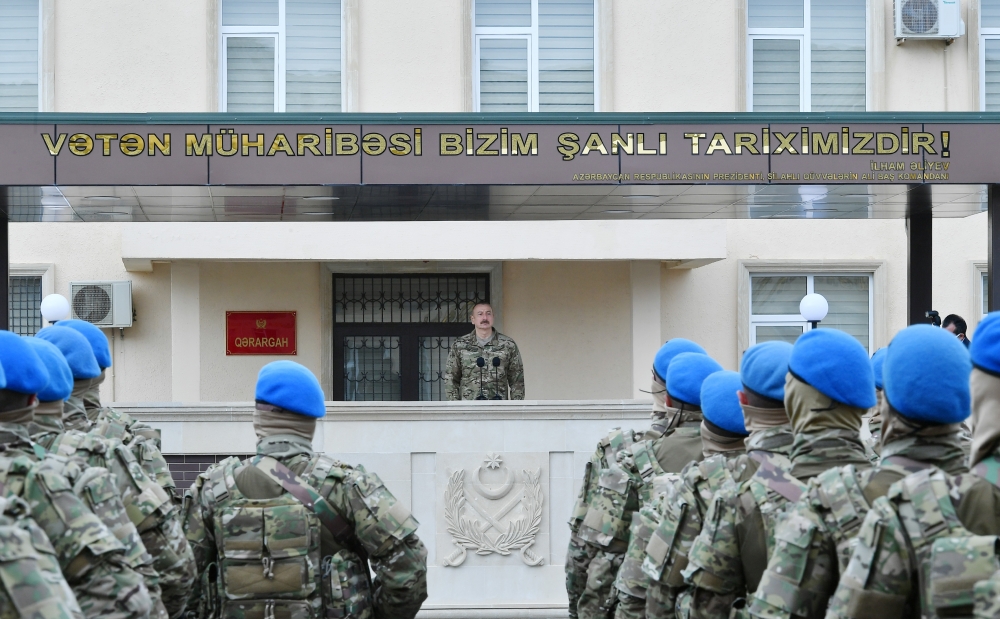 "The situation in our region is completely different now. We are multiplying our strength as a victorious nation and as a victorious country. All instructions on the future activities of special forces have been issued,” said President of Azerbaijan, Victorious Commander-in-Chief Ilham Aliyev as he addressed the personnel of the Special Forces’ military unit, News.az reports.

“I was in this military unit a year before the war and met with special forces. It is a great honor for me to be with you today, on this holiday. I am proud of you. All the people of Azerbaijan are proud of you. Armenia, the Armenian armed forces begin to tremble on hearing of Azerbaijan’s special forces. They have not got and never will get rid of this fear,” the head of state noted.

“We have restored historical justice. We have honorably fulfilled our duty to the people, to history and to future generations. But we must always be alert. Because revanchist forces are still raising their heads in Armenia. There are still those in Armenia who make territorial claims against Azerbaijan. We must always keep it in the spotlight and must not be indifferent to that. This is why additional funds were allocated for army building after the second Karabakh war. As has been the case since 2004 to date this year, military expenditure is and will be number one expenditure, including increasing the number of special forces, which is already a reality,” President Ilham Aliyev emphasized.