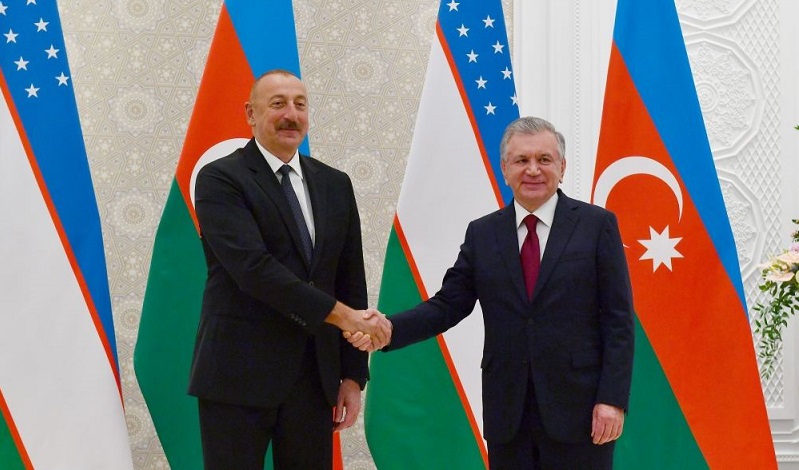 The Azerbaijani president met with his Uzbek counterpart in Samarkand on Thursday.

President of Azerbaijan Ilham Aliyev stated that there are specific results in the development of bilateral relations in agriculture, cotton growing, knitting, transport, industry, trade and other fields. Pointing to the rapid development of economic and trade relations as a whole, the head of state also described the mutual awarding of culture figures of the two countries as a positive development.

During the meeting, the sides also exchanged views on issues of mutual interest.